The Hero We Needed

One of the things I love about going in to the office is that it lets me get out in the world, which is important.

There are a handful of good ways to get to and from the office.  One of them has me taking Briley Parkway for most of it.  Well, Briley turns in to Thompson, and into Woodmont from there - and I'm kind of a fan of going that way home, and here's why: 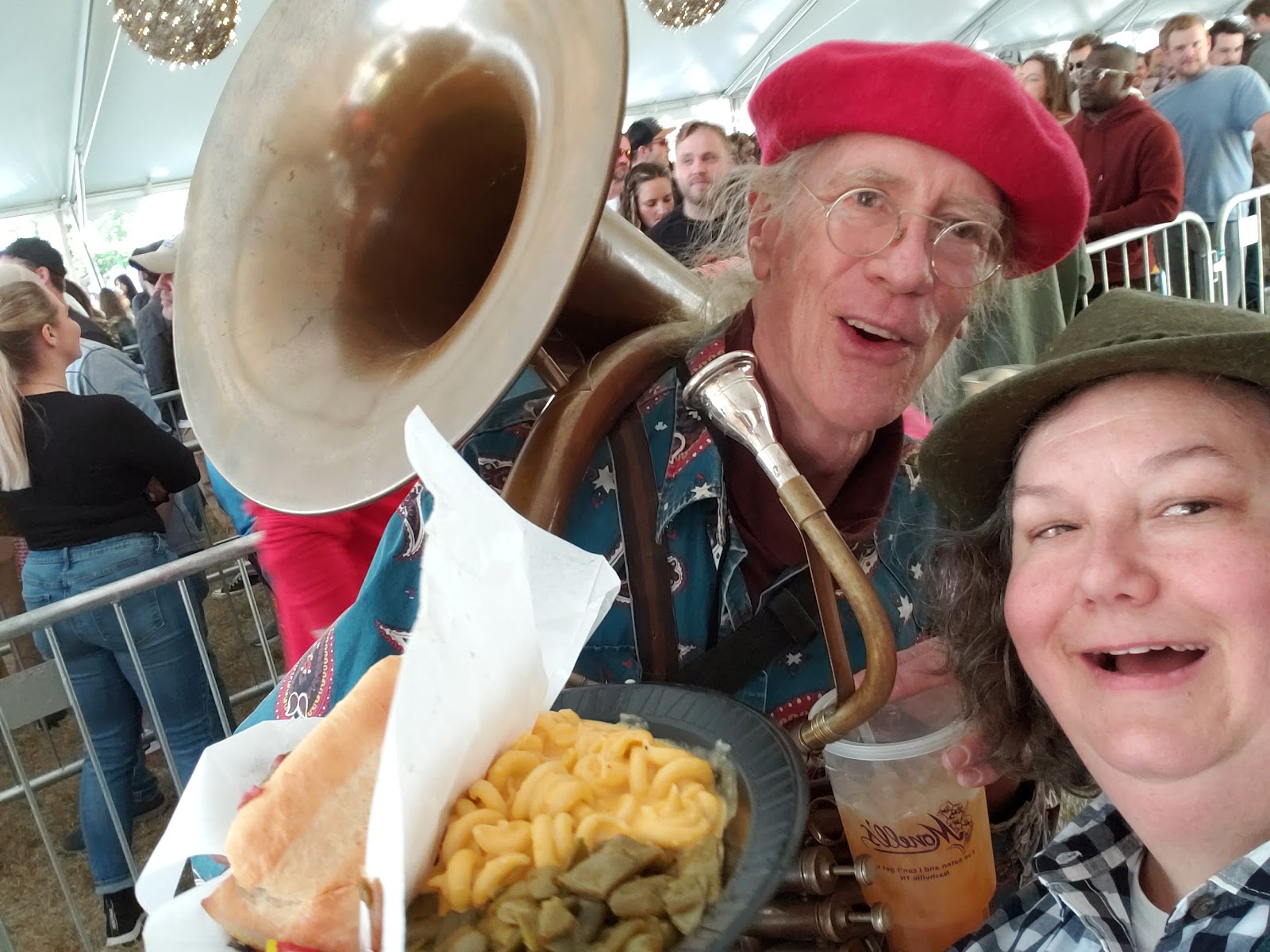 This man plays tuba in the eastbound tunnel on Thompson Lane for about two hours during the afternoon commute.  Now, I'm headed west, so I can only see him, really.  I've heard a light blat from the tuba once or twice, but the traffic in my direction moves swiftly, and the other direction does not.  That's why he plays - to give the people mired in the morass something to lighten the mood.  He lives not far from there and sat in that same traffic before he retired from Vanderbilt.

I didn't know most of that until I stalked him down this weekend at the Nashville Oktoberfest.  He and the organist from the Nashville Preds, Krazy Kyle, were down to play together.  Krazy Kyle would be jamming on his accordion, and Joe Turner, aka Tubatroll, would be playing tuba.

The name and concept came to him in a dream.  Dreams deserve to come true.

I gave him a tip, told him how much he means to my daily commute, and we got a selfie.

He's pretty chillaxed, and very friendly.  He made sure we got his food in the photo - it looked pretty good.  I had a brat myself, and it was quite tasty.

I am glad I got to tell him I appreciate him.  We need more of this in the world.  People unboxing their brilliance and madness for he benefit of mankind.

Actually, the whole darn event was pretty great.  I went with my friends Jim and Gary - we met some other friends there, and then my husband met us, too.  We ended the night - Jim, Gary, Matt and I - at 312 Pizza on the outskirts of the festival.  Pizza and conversation.  It's nice to have these people in my life. 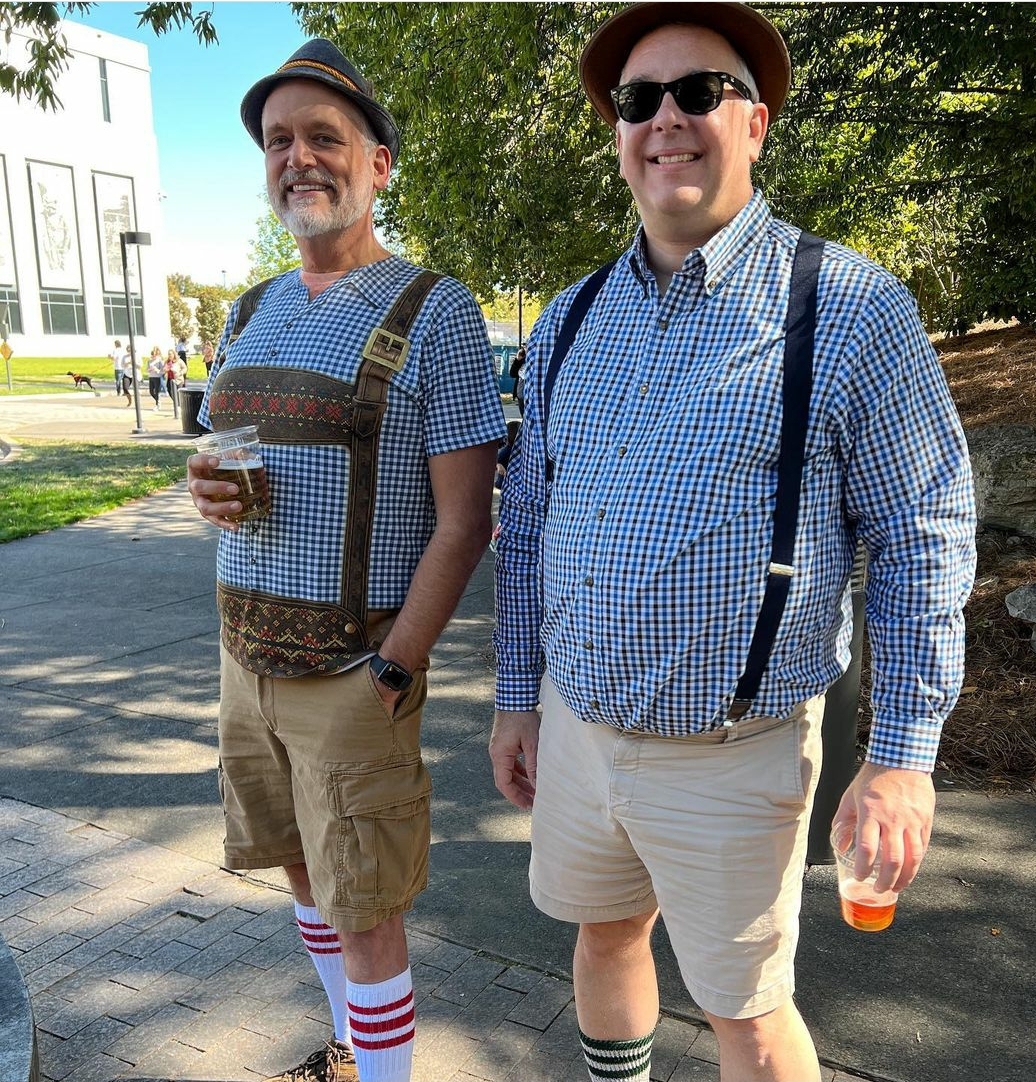 Christopher said…
That is amazing in so many ways. I love that there’s a guy who plays the tuba just for the benefit of commuters, and that you got to meet him and tell him how much you appreciate him. Having a good time at Oktoberfest, including a good brat, just seems like icing on the cake,.
One of these years I really need to get to Oktoberfest. I can’t explain why I’ve missed it for so much of my life. And circumstances this year are keeping me from the Southern Festival Of Books. People talk about getting back to normal. I need to get out of what’s become normal.
October 13, 2022 at 6:16 PM