The Buttigieg Babies: An FAQ

Pete and Chasten Buttigieg Are Dads! 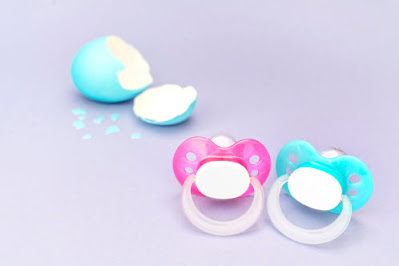 Q: So, how did this all start?

A: Well, the Buttigieges (Buttigieii?) just announced that they are the new parents of twins, Penelope Rose and Joseph August.

Q: So they're really the parents?

A: Yes, they have adopted these children and will raise them.

Q: But biologically, though? How did it happen?

A: Presumably by using fertilized donor eggs which implanted, then incubated in utero for 9 months and then birthed either vaginally or through caesarian section.

Q: I get that, but whose utero? Also please don't say vaginally again.

A: We don't know that. It doesn't really concern us, does it? Vaginally.

Q: So with that fertilization thing, did they mix their baby batter together, and let their sperm fight it out to fertilize the eggs. Was that the deal here?

A: I can't even begin to speculate, but I don't really see where that is our business. We know that the couple have been wanting a family, and that they are now parents to two healthy babies.

Q: Do you know if the woman was from Texas? Because how cool would that be to have adopted kids from a woman who had the babies because she had no other choice?

A: Again, no idea about those details, and I'm not sure it would be cool, so much as Alanis Morrissette-level ironic. But given that they were just born, their biological mother was not likely affected by the very recent changes to Texas laws. That said, I am sure Lifetime is working on a movie with that very premise currently.

Q: So, if it's just one guy's sperm, it has to be Pete, right? He's super smart. I mean Chasten is probably better looking, how did they decide?

A: That hasn't been disclosed because it isn't any of our business. Seriously. And I am sure that either way, the Dads are thrilled to enjoy parenthood.

Q: But we'll know pretty soon, right? It's like that thing with Woody Allen and Mia Farrow's kid who looks like Frank Sinatra.

A: I mean, probably, but would you ask these questions to a friend?  Do you have friends?

Q: OK, so if it was Chasten, do you think the mother was artificially inseminated, or did he just put on a blindfold and plow her?

A: What the hell? Why would you even want to know that?

Q: They won't be able to breastfeed, right?

A: No. Clearly. I mean, you understand basic biology,  right?

Q: So Chasten is the Mom of the family?

A: No, Chasten is one of the Dads. Pete is the other Dad. There is no Mom in the Team Buttigieg situation.

Q: Except for the woman that Chasten plowed, the incubator.

A: Yes! I mean, no to Chasten and plowing, yes to the incubator, typically referred to as surrogate, which is not unlike the political use of the word surrogate, which more generally defines a "stand-in".

Q: Right, but seriously, Chasten is "the Mom", yes?

A: No! What is wrong with you? Penelope Rose and Joseph August have two parents of the same sex. It happens to LGBTQ parents all over the US every day.

Q: Did the boy get his middle name from being born in August?

A: Probably, but who can say? I know a woman named Aries who is a Sagittarius.

Q: Did they have to pay more because it was twins, or is it some kind of BOGO deal?

A: The financial arrangements are between the Buttigieges and their surrogate.  I can't imagine they are going to share that publicly.

Q: Are they identical or fraternal twins?

A: Twins of opposite sex are always fraternal.  Check a 9th grade biology textbook, braniac.

Q: So, if one of the babies was from Chasten's sperm and one was from Pete's are they still twins?

A: They are reported to be twins, so we have to assume they share at least one parent in common.  Not that anyone needs that information. Ever.

Q: Do you think Pete's sperm are better swimmers because he was in the Navy?

A: I don't think there are any correlations between military service and motility. And like most people, I don't spend a lot of time thinking about Pete's personal infrastructure.

Q: What are some of the challenges the twins will have to face going forward?

A: Being subjected to stupid questions like these.  Curiosity from those who don't understand gay parenthood, the hassles of being the child of public figures, and of course, having a last name that features "butt" prominently.

Christopher said…
I'm baffled that McSweeney's turned this down. If for no other reason they should have accepted it just for the line "I know a woman named Aries who is a Sagittarius."
As a side note I know two women who are married and have fraternal twins. One of them was artificially inseminated and carried the kids. Before the pregnancy they talked it over and agreed the other would, if she wanted, go through the process herself at a later time.
Somehow having to deal with two babies at the same time put an end to that idea.
September 8, 2021 at 3:54 PM

Mr. Eugene said…
I'm sure Mayor Pete was the sperm donor. His baby batter was
potent and they were surprised with twins. Chasten took Pete's name
so he considers him the 'husband" in the relationship. Chasten
will gladly continue in his role as the "wife" and stay home
and take care of the babies.
October 28, 2022 at 3:39 PM