This morning at the office, they were testing the alarm system, which meant strobe lights, a whooping sired, and cycling through a calm woman telling us we had to leave the building and/or seek shelter because of: generic emergency, fire, tornado, active shooter, etc.

I found the strobes worse than the rest of it.  There happened to be a strobe located in my left periphery.  I can listen to white noise on my computer, but it's hard to work with a blindfold.

Good news, is, this was only a test.

In other news, I did not win the Mega Millions lottery over the weekend.  More is the pity - I could have done some fun and useful things with that money.  As it is, I blew $15, but did appear briefly in a news story on Channel 5.  I have a rule that if you get asked for an interview by a news reporter, you give it - I once did a ride-along with my husband and his reporter when he worked in news.  Seven were asked to speak to the reporter about the USPS ceasing Saturday mail service.  They were all willing to talk - off camera.  Which... you know... doesn't work.  So we found a woman, finally, who would play along. 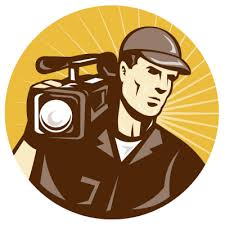 So, I try to be nice to the local news folks.  I looked like hot buttered garbage, but at the end of the day, it's fine - I did what I did.  And they used a sound clip of me saying, "I think I could figure out something to do with a billion dollars...".

I guess, thankfully, now I do not have to.

Meanwhile, Saturday, we went to early vote.  They made a big deal about the ten page ballot, but if, like me, you had a Democratic ballot, you would have seen that it was mostly either saying OK to the single candidate up for the primary, or writing someone in.  We also had to vote to ratify some amendments or not.  I suspect they'll stay intact.  The problem with them is that none of them seem to address anything that most of us know enough about to say, yes, that's bad, or whatever.  One piece that did stand out was changing the word insane to the words mentally ill one one section of our charter.  That alone doesn't offend me enough to warrant a change.  You never want to send a mentally ill person to do a sane person's job.

After that, we did a little wandering to a few stores we like.  Matt bought some shoes, I got a few pieces for dance class.  I re-upped on my tap lessons, then added a contemporary class that meets Wednesday nights.

I botched my final class of my original series by showing up with one shoe.  I realized in the time it would take me to go home, retrieve it, and come back, I'd miss most of the class - so I bailed on it and went to the grocery store instead.

So, next series starts next Sunday.  I will arrive on time, have my shoes and have a great attitude.