So, my latest series of tap classes started yesterday.  And here's what I've learned from that.

1.  My shoes don't quite fit.  The width is perfect, the toes on my left foot are a touch crowded.  Now, yes, I am overdue for a pedicure, and the shoe is pressing toenails more than toes.  That's where we are.  There is also the fact that they are a little ridiculous.  I got the old school patent leather with a bow from Capezio - you know - the kind you'd see on a four year old in a recital. 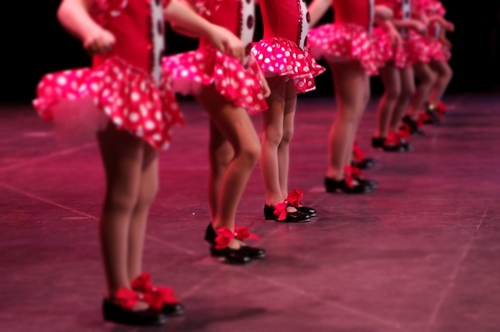 I regret nothing - they're precious and they weren't expensive.  I need to do a little maintenance on the taps.  They picked up some adhesive from a taped spot on the studio floor, and now they're a little logy.  I will take the steel wool to them.  I don't want to buy a new pair just yet, but that may be inevitable if I keep up the tapping.

2.  Substitutions.  Our original instructor, a lovely young woman named Alex, sustained an injury, so she's out for this session.  Yesterday, we had Mikaela - who I can only assume is used to more children's classes as she introduced herself to us as "Miss Mikaela".  Which was cute.  Truth be told, although I was skeptical, I feel like I learned more in that class than I might have in several sessions with Alex.  And Alex is a great teacher - she just tends to spend more time on combinations, and Miss Mikaela focuses on the same step over and over and over until it's solid.  There's no wrong way, but for me, the Mikaela method works.  Next week, we have Delaine.  I have never met Delaine, but I'll be exposed to a third learning style, and that's never bad.  Ultimately, I can learn something from all of them - and, it gives me insight into classes I might like to take going forward based on instructional styles.

3.  New dynamic.  I may not be the worst dancer in the class.  There's at least one other woman who looks as petrified as I do.  She seems nice.  I'm not judging her, just judging myself.  I am also seeing more people who appear to be late 30s-40s.

4. Weight, what?  I may not be the fattest person in the class.  Again - no judgment - it's just hard not to look around and see in every group setting, like, OK - who can I outrun?  Who can outrun me?  I know - it's sick, but that's where I am. 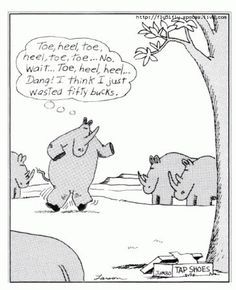 5.  Paradiddles and Paddle Rolls are the same thing.  And I'm freaking great at them.  It's good to have one step I can cleanly execute every time, and for me, that's the Paddle Roll.  Or Paradiddle, depending on the instructor.