on August 11, 2022
I joined a sorority in college - kind of improbably, because I went through rush at the behest of my parents who felt that going to a huge college required a social safety net.  They weren't wrong!
My roommate was dead-set on joining the same sorority that all the women in her family belonged to.  They were less dead-set on her.  They cut her from the invitation list just before the final set of parties - a terrible faux pas, but that's what happened.  Then when she did get her final set of invitations, she was invited to 2 places she wasn't keen on.  I liked them both - one had already cut, the other had not.  So there was a 50/50 shot we'd end up in the same sorority.  Except, she dropped out.
I joined the one who had not offered her an invitation.  It's just as well - we were not the best of friends.
I felt bad, though - she never joined a sorority, and I know it bothered her some, at least for the time I lived with her.
So, where I am going with this - it has nothing to do with my former roommate.  While going through the process, I went through most of Rush getting invited back to the Jewish sororities.  This was not a problem to me.  My father's father was Jewish.  I had basically eschewed organized religion by that point.  I considered myself agnostic at that point.  So a Jewish sorority would be no weirder than a Christian one  - which the rest of them basically were.
In fact, once on the other side of the process, I learned we had to mention during the third round of parties that, "We were founded by five Christian women at Colby College in Waterville, Maine in 1874".  I got pretty good at sliding that in there.  But we didn't want to bait and switch anyone who thought that would be a deal breaker.
Once it came time to be initiated, I was relieved that I didn't have to pledge my dying soul to hard core Christianity.  While our ritual is definitely Christian in origin, anyone with half a brain can extrapolate the message and fit it into your own words.
And that's what I did.  And that's how I advised the Jewish girls sent to me during their pledge period to ask me to assure them obliquely that we weren't going to try and convert them.  We weren't.
But, now, we live in a new era.  One of diversity and inclusion.  And as part of that, they had a focus group of sisters look at our ritual and figure out how to make the message more universal.  They cited a number of studies that showed that ritual was becoming less and less relevant as religious adherence wanes in collegiates.  Add to that, we're pledging more people who are not members of a Judeo-Christian faith, or in a lot of cases, any faith at all.
So, at the annual convention this year, they unveiled some changes.  I don't know anything about what has been said or done - but I'll learn tonight.  They're having a series of Zoom calls to explain the changes to interested initiated sisters.  Yes, I'm 47, it's been nearly 30 years since I initiated, but I want to hear what the heathen sisters are going to be hearing from now on.  And maybe I'll get reinitiated some day, and I won't have to extrapolate. 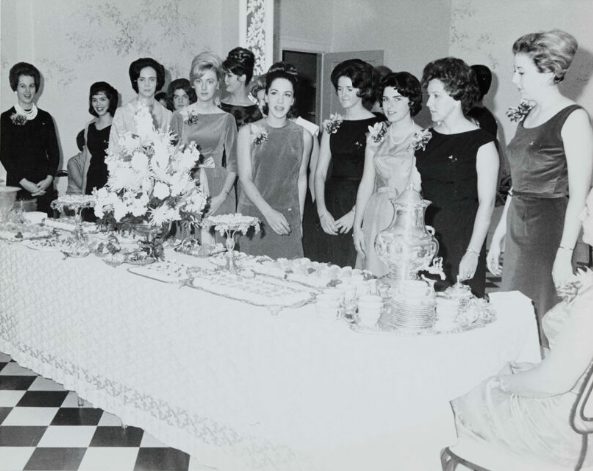 I just thought that was kind of cool.  Since the ritual was written in 1874 (or thereabouts), it hasn't changed significantly - so this is kind of a big deal.
Just saying.
ae

Christopher said…
That is fascinating and I don't see anything wrong with holding onto a tradition, as long as it's not a harmful tradition.
Somehow I avoided all clubs in college, which I kind of regret. It was a small college and, well, I really didn't want to join any of the fraternities. I did briefly go to meetings of the campus Christian organization because I'd made some friends during orientation and they convinced me to go along, and the group was very welcoming, but I wasn't comfortable because of my lack of faith.
But I do think belonging to some group would have been beneficial.
August 15, 2022 at 3:14 PM