The other day, I went to Atlanta to see Mom.  She had a mammogram appointment on Saturday, and I took her to that, and we hung out for the rest of my trip.

Mom subscribes to the New Yorker, and also gave us a subscription some time ago.  I enjoy it for the cartoons and the crossword puzzle.

The Cartoon Caption Contest used to be an annual event, then eventually, they made it a weekly contest, which I enjoy.  I think I may have entered a caption, once.  But I can't keep up with each issue and the finite window in which I can create the winner.

Anyway, Mom had an issue that had recently arrived, and I noticed that someone had tried creating a winning caption, seen below: 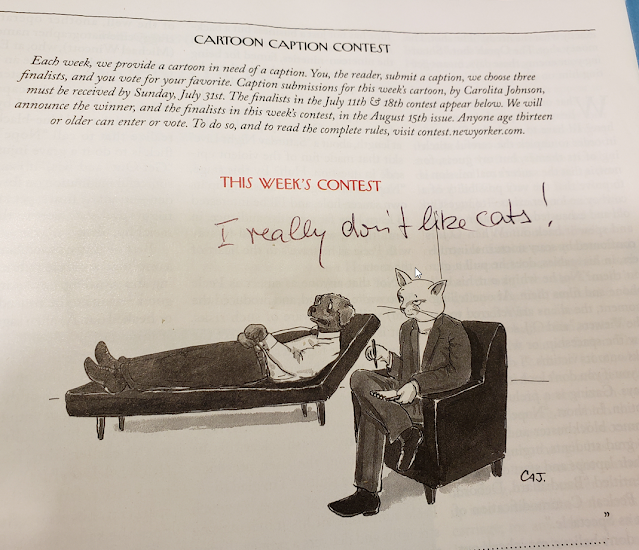 The handwriting is her boyfriend's.  I took a picture, because I was amused.  It's a subtle quote, and  funny - though, it isn't what I'd consider a finalist.  So I sent it to my husband. 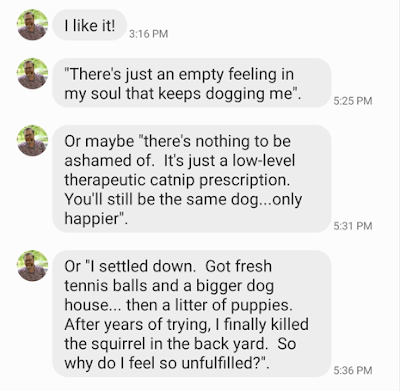 And that started the ball rolling: 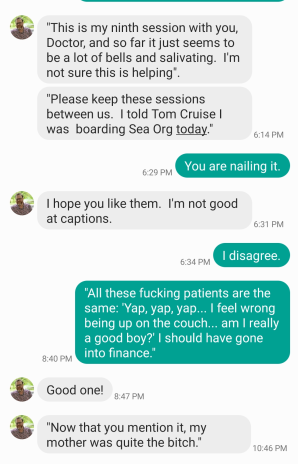 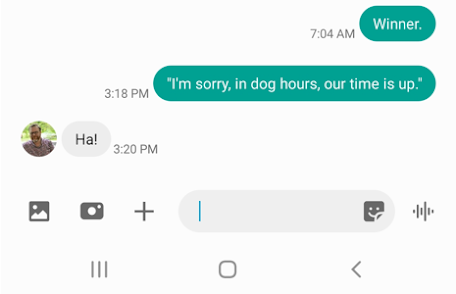 It's nice to be married to someone who immediately "gets" the game, then plays it.

I think I'll keep him.