Recently, the state of Tennessee reissued license plates.  The old standard plate looked like this: 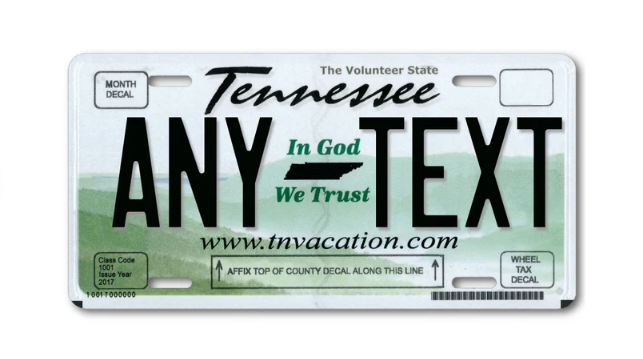 Not terrible, but the font in which our state name was written had a total late 1980s feel.  Like you'd see it on the cover of a video tape.  Like this one: 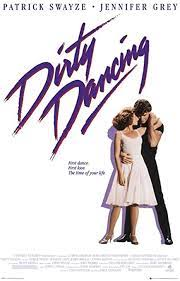 The green rolling hills were nice enough, and our plate was easy to spot on the interstate.   Then, earlier this year, they rolled out our new plates:

On the whole, I prefer them.  I'm not a big "In God We Trust" fan on license plates because I prefer that in your driving skills I trust, though I do like knowing what county someone is from.  I'm a lot more forgiving of someone making a last minute merge if they're "not from around here".  In fact, I used to pick out cars with an out-of-state plate when I was renting so that people in that area might go easy on me.  Whether it worked or not, I don't know.
So, the dark blue plates may or may not cause problems with the cameras installed at traffic lights to take pictures of people running the light.  That may be the best thing about the plates.  As you know, I love to stick it to the man, and while I appreciate the man's ingenuity in sending a camera in to catch law-breakers, I think it removes some of the human element to the process of law and order.
My biggest quibble is that I now have new letters on my plate.
My old plate was 266-YYY.  As you can imagine, that was pretty easy to remember.  In fact, because of the license plate, I named my car Yvor.  It's a long story for another time.  Or never.
Anyway, they are passing out the new plates throughout the year.  As my registration was due in Q1, I also received my plate in Q1.  And my new letters are BFC.
In fact, there are a lot of local B plates out there.  Which makes me wonder...where are the A plates?  Also, why couldn't I have gotten BFD?
Anyway - I was reminded of the time I had to get new plates in Atlanta.  The line broke out to two kiosks.  One line, the plates had the letters ZFE.  The other ZEX.  I never got to experience the joy of ZEX.  I was called to the ZFE kiosk.  Which is how my Toyota Echo got the name Zippy.  Zippy the Fun Echo.
All in all, the plates are nice, but kind of bland.  We'll see if we get to keep them, due to the whole camera issue - but for now, I'm BFC.
What that stands for, I'll leave up to you.  My friends and I had fun with mine, then with my friend Jim, who is BJC.
TTYL.
ae

Christopher said…
I think the new plates are kind of cool too and, like you, go easy on people if they're "not from around here". Although I tend to be pretty easy-going as a driver anyway. If traffic is stopped and someone's waiting to pull in I'll let 'em, and that's before I can see their plate. Of course in those situations if I didn't let someone pull in I'd probably end up blocking them and I'd feel like a jerk sitting there waiting for the light to change.
Anyway if you see a blue Honda CRV with a personalized plate that says "DALS" wave.
June 1, 2022 at 4:24 PM