So, we just had a long Juneteenth weekend.  I'm not sure I celebrated enough, but I tried my best not to culturally appropriate the day, either.

All in all, a good weekend - though we did discover we need a new water heater.  We haven't hit code red yet, but there's a leak where the metal is rusting through, and we've gotten about double the life expectancy of it, so, there you have it.

I ate breakfast out twice over the long weekend, and that was enjoyable.  Breakfast out is one of my favorite treats ever.  I'm easy, though. Actually, the day we didn't eat out, I went and picked up bagels at my new favorite Nashville bagel place.  H&S on 17th Ave South.  Highly recommended.  The guy who owns it allegedly recreates the chemicals in the water he uses to make it identical to the water in NYC.  The water, we are told, is what makes NYC bagels superior.  I think he also just knows what he's doing.  I heard  a man try and order an Asiago bagel.  No, sorry bud - you're in the wrong place.  Don't get me wrong.  I love a good cheesy non-traditional bagel from time to time, but this is the real deal.  They don't have rye, so I get sesame,  though I really ought to give pumpernickel a fair shake.

It was an eating weekend, for sure.  But I got a lot done, too.  Mostly in putting away laundry.  I also napped a lot.

My tap class was cancelled for the week - we'll see if it gets rescheduled, but if no, they'll credit me for another class at another time.  I'm wondering if I should attempt a ballet class?  They have evening adult ballet, and it might be slower and more intentional in movement.  We'll see.

I'm really not built for dance.  I don't bend and stretch into long, lithe movements. Yoga is the same way.  I don't look so much like a warrior as I do, say, a fire hydrant.    And that's OK - we live in a world where warriors and hydrants are both necessary. 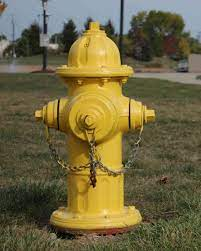 Meanwhile, I'm starting to research what we'll need to do if there comes a point (when there comes a point) when Mom can't live alone.  It's overwhelming, to be honest.  I kind of like the idea of placing her on an ice floe and pushing her to sea.  She always did like the ocean.  But global warming means it's going to be just as hard to get a good ice floe as it would be to find affordable assisted care.

By the way - the ice floe was her idea many years ago.  I'm not being cruel so much as responsive.  And no, we wouldn't really do it. Probably.

Anyway, enough of that.  I'm starting to lean into prep for 4th of July.  I am not taking a keg, but I do think I'll make some adult punch, because I can.

I also ordered stick-on name tags.  Several spouses have suggested it, and I found some cute ones that have a patriotic theme.  I'll enjoy having that off my plate.

So, beyond that - it's hot.  Today is the first day of summer, though it already feels like we're roasting on a spit.  Good times.

So, happy days to you, enjoy your hot fun in the summertime.

Unknown said…
Never underestimate a good floe of ice! Ha! Loved your post! Found you via Christopher at Freethinkers Anonymous!I look forward to your next post! A happy start to summer to you! Mona
June 22, 2022 at 2:31 PM