So, I went to the hematologist yesterday.  The good news is, it's highly unlikely that I have any sort of blood disorder or cancer.  They are doing some extra bloodwork to rule that out, but it's super- improbable.

What is more likely is...I'm fat.  Well, that part we knew - what remains to be seen is - do I have Metabolic Syndrome?  So, this is basically a lasso that is thrown around insulin resistance, obesity, high cholesterol, high blood pressure, and can lead to heart, kidney, artery problems.

One of the symptoms is skin tags on the neck.  Which I have.  Because of course I do.

I'll be honest.  I was not especially nice to the doctor - not just because she was telling me I have to cut sugar out of my life, although, that was certainly part of it.  The bigger issue is that it took me 2 months to get the appointment, and then, on top of that, she was running way behind, and I spent three hours doing what should have taken 1.25 hours, tops.  So by the time she got into the room I was super agitated. 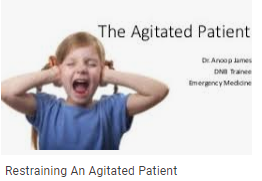 Then her basically telling me I'm fat (NO, REEEEEAAAAALLLLY?) didn't endear her to me.  I would say I was a little hostile.  I wouldn't be surprised if she wrote that in my chart.  Which means that when I go see her next week for test results, I'm going to need to be calmer and possibly charming.  Unless she burns me and runs super late again.  At which point, I will address that issue with her.

I get it - she's a hematologist - she has to tell people they're really, really, really sick on a consistent basis.  A non-compliant angry fat woman isn't really what she needs.

So, anyway - now we know what we know, and that's going to be the new challenge - to cut the carbs from my life, and eat more fish.  In a landlocked state.  Where farm raised salmon is the only thing I can reliably get on a consistent business, unless I decide to blow my half my Saturday and most of a paycheck at Whole Foods.

I have plenty of money to eat healthy and do it on a budget, I do.  But I hate the total LIE that is it doesn't cost more to eat healthy, because it absolutely does.

I also told the doctor yesterday that it was a fact that Snickers bars taste better than apples.  I was so charming, y'all.  I may apologize next week, but I do think her office needs to schedule people better so that I'm not sitting in a room freaking out for an extra hour.

How many times have I blogged that?

But then, this time my lumpy neck depends on it.  #SkinTag.

Anonymous said…
Less than 1 p.c of people with a playing downside search assist, in accordance with Whyte. Regardless of the legality, the growing prevalence 카지노사이트 of playing in society helped him legitimize his behavior to himself. It felt less “seedy,” he mentioned, even if he would gamble until three within the morning whereas his youngsters slept “and then get up and do it once more.” By this 12 months, Jason didn’t go a day with out playing. One of vital thing} reasons behind the stigma is the stereotypical perception of those coping with playing dysfunction as being impulsive, irrational, irresponsible and aggressive. The need to cover their situations might lead to a decrease variety of people with playing dysfunction to seek assist.
December 7, 2022 at 10:05 PM