Well, today is Valentine's Day.  That's not an especially significant day in my calendar - and never really has been.

Ok, sure, as a young woman, I always hoped there would be some grand declaration - some surprise gesture from someone I didn't know was infatuated with me.  There was not.  I also remember in High School, you could, for a few dollars, fill out a computer dating questionnaire that would tell you who you were compatible with.

The matches I got back were all in the 70% range, which, given my dating life in high school is not surprising.  The people I matched with were all basically the Golden Retrievers of my school - handsome, affable dudes with reasonable intelligence and a decent personality.  They weren't going to set the world on fire, but on the up side, they weren't going to get arrested for arson, either.   On the down side, they were not interested in me AT ALL.

I can say with absolute confidence that I did not appear on any lists.  I was generic enough that I would not have made anyone's top ten, and that's the number you got.  So, suffice it to say, in high school, Valentine's Day was merely a warning that if I was going to go to Prom, I needed to get my shit together.

In college - well, my Freshman year, I had a serious boyfriend.  He did send roses to the sorority house, and my roommate took them up to our room for me.  So when I got home from class, I looked at the table in the front hall and didn't see anything from my guy.  Which, a huge point of getting flowers, sort of, was having people see that you got flowers.  My roommate's move was passive aggressive because she herself did not get flowers, and she was salty about it.  It bothered me, but I just let it go, because, hey - I still got roses.

Quick joke - what's better than roses on your piano?  Tulips on your organ!

But by the time I was out of college, I realized I was not a Disney Princess who attracted charming Princes.  Here's some real talk.  When The Beast at the end of Beauty and The Beast turns into a human, I am not turned on.  I like my men rough, hairy and masculine.  Even Gaston is hotter than this dude. 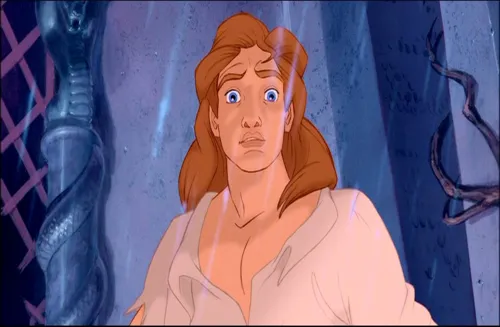 You just know this guy has a great recipe for Kombucha, and discovered this food truck that has the best dosas.  He's the Golden Retriever of Princes.  See what I'm saying here?  Give me a MUTT.

And look, yes - we all know now that their relationship was unhealthy, and I think that's my point.  I'd rather have something real, and maybe that means that I'll buy my own candy on the 15th when it's half off.  I'd rather have the $3.99 Trader Joe's flowers I bought on Saturday than some sad roses today that are five or ten times more expensive.

Love yourself first - then you'll be ready to love others. 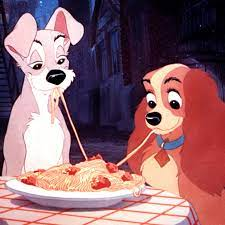 Christopher said…
I made the mistake of texting the "tulips on your organ" joke to a friend who's an organist. The mistake was he happened to be in church when I sent it.
Although texts are more discreet than flowers and it's not like he had to check his phone at that specific moment.
February 21, 2022 at 4:42 PM