A:  A lot of the same old same old.  As for work, we're starting out the year with some rigorous training in the Virginia Support center.  I've been talking so much, I call it the Virginia Monologues.

A:  Much more news, mostly of the expensive and/or time consuming version.   We're getting some work done on the house - looks like we need a new roof.  Much like tires, it's a need that you have to fill, and it's not fun or flashy.  Like, even if I need new shoes, sure, they're expensive, but at least I get some fun out of it.  Money spent on utilitarian things is never nearly as rewarding.  But a non-leaky roof is worth the hassle.

Q: Bummer, dude.  What else is going on?

A:  Thankfully, I tested negative for Covid.  Unfortunately, I had to do some repeat labs at my PCP, and my White Blood Cell count is elevated.  It was high-ish at Christmas, and it's higher-ish now.

A:  Maybe, but more likely it's a big old nothingburger.  My guess is that I gave a low grade sinus infection, and it's bumped my numbers a bit.  But I'm getting referred to a haemotologist to rule out anything serious. 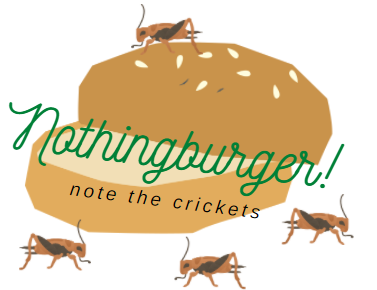 Q:  Don't you mean hematologist?  Or are you just trying to be British and fancy?

A:  Totally - yes to both.  What can I say, I'm a word nerd.  Also, the British spelling makes it more genteel.  See also: Haemerrhoids.  Diarrhoea. Amoebic Dysentery,

Q:  OK, word nerd.  Speaking of which.  Can we talk about Wordle?

A:  Can we ever!  I'm obsessed.  Yesterday, I got the word on my second guess.  My first word was TENOR, and from there, getting FAVOR was a piece of cake.  Today, I took a little longer to get it, but in the week I've been doing them, I've never had to get to #6.  So, yeah, Wordle is bomb.

Q:  What else has you obsessed these days?

A:  Last night, I watched Don't Look Up, and it was marvelous.   I know that the critical and commercial reception of it were all over the place, but I genuinely adored it. Leonardo DiCaprio is growing on me as he gets a little older, a little less boy band, and a little more man of the people. Jennifer Lawrence was delightful, Cate Blanchett and Meryl Streep are both amazing at being awful.  Tyler Perry needs to do more onscreen, not as Medea, and Jonah Hill plays a douchebag to perfection.  Mark Rylance has that creepy aged-wunderkind quality down cold.  It's silly, maddening, sad, funny, gritty, smart, and dumb.  It has a lot of heart.  A LOT of heart.  If you trust my sensibilities, you might find it worth a look.  Watch til the end of the credits.

Q: How 'Bout Them Dawgs?

A:  Clearly, we're tickled pink red and black at our house.  It was painful, and we ended up tuning away in 3rd Quarter, and frankly, we only turned back for the last 15 minutes.  But it is, in fact, great to be a Georgia Bulldog.  We'll have to source some championship t-shirts.  Or some memorabilia.

Q:  We understand that your sister asked you an existential question last night - which is, do you believe that "the best is yet to come" or has it already come and gone?

A: Yeah, fun question, right?  I told her that I believe the best is yet to come.  And that the worst is also yet to come.  Basically, we're 47 and almost 49 - we have a lot of life ahead of us.  Some is going to be great, some isn't  - but we're not done with bests, worsts, and a lot of in between.  That's my take. The glass is either half empty or half full - but we HAVE A GLASS.

A:  Not exactly an infrequently asked question, now, is  it?  The answer is, loaded baked potatoes.  It's a little bit of a cheat - I have left overs that will play well with potatoes, so I'm going to bake 2 spuds, throw things on top of the spuds, and we're going chow down whilst we watch hockey.

Q: So, now that Ryan Ellis is gone, who is your favorite Pred?

A: I just swapped Ryans.  Johansen is my man now.  I like Ekholm, I'm a fan of Juuse Saros, Matt Duchene.  There's not a guy in the lineup I'm not a fan of.  They all play hard, work hard, and fight hard.  But at the same time, hockey is a sport of great kindness.

A:  If you haven't heard the story... A Seattle Kraken fan urged the Vancouver Canucks Equipment manager to get the mole on his neck checked by banging the glass til he looked up and she showed him a typed message telling him it looked cancerous.  He did, it was, he found his anonymous spotter, they had a lovely reunion, and the two teams gave her $10K to use on her recent admission to med school.

It's a nice read.

Q: Hey - did you pick a color and word for the year?

A: You better believe it.   The word is "boundaries".  As in, I need to set them, honor them, enforce them.  As a reminder, the color is a nice orangely coral-y red.  Like this... 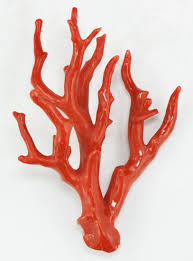 Q:  As always, thanks for your time.

A:  Always a pleasure!