Well, I survived Thanksgiving, but not without a minor diplomatic incident.

Tuesday, we received a request to test for Covid before arriving to Thanksgiving, and because I was already feeling extremely pressured, I sent a screenshot of the text requesting said test to my friend, along with the comment, "fuck that". 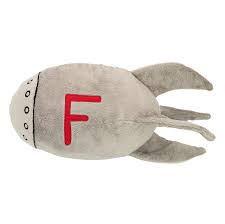 Well, I set the screenshot to my friend.  The comment, I unintentionally sent as a reply to the text.  And everyone on it.  Yay, group texts!

Since you can't unring that bell, I just had to laugh.  I agreed to test (negative, duh) also tried to apologize to some of the recipients of the text on Thursday.  It felt a little awkward.  No, really.

But it was good to see people, good to spend time with Mom.  The cranberries and ham were the two best items on the menu.  My mother's pecan tarts were delightful.

And just like that, we were back on the road Friday morning to meet my in-laws who were coming to Nashville for the weekend.

We spent Saturday with them - eating, drinking, and watching football.  Sunday, we met up to take family pictures, and one of the cousins proposed to his girlfriend.  She said yes!  It was lovely.  We finished up the visit with Shake Shack - pretty solid - the bacon cheese fries were amazing - and a trip to the cigar store/Trader Joe's.

And just like that, I went headfirst into a new work week, and somehow, it's suddenly Friday.

As a result of all of this, I am exhausted.  I also have some kind of sinusy thing going on.  I don't think it's a cold.  Sinus pressure, yes - maybe mild infection - but nothing too awful - just annoying and exhausting.

And now, it's basically Christmas season.  The stores are all playing Christmas music, the decor is in full bloom.  All I can think about it this week and how busy it's going to be.  Very busy.  Very.

And then the ones that follow are also busy.  We have a wedding, doctor visits, work parties, family parties, haircuts, and more.  It's that time of year.

Meanwhile, I put up icicle lights.  My old ones were ready to go - both strands had huge sections that weren't lighting, so I bought new lights.  They're blue - at first I wasn't a fan, but they are growing on me.  From the porch they look creepy, but from the street, they're ethereal.  At least, that's what I think.  Our neighbors might just hate us.

This weekend, I need to start on Christmas cards.  I've already received two, and this is basically my weekend to get a few final things done before it all goes sideways.  If you think about it - we're one tenth of the way through the month.  As a kid I used to think the time between Halloween and Christmas was interminable.  Now I think that kid should pound sand.

I guess I'll get the tree up and running this weekend, I know that pepper jelly time is nigh - there's just always something else I could be doing, and my body is all, "Nah, you should eat a burrito and take a nap."

That's the latest from here, of course.  We're just doing what we do - Piper is piping, Matt is leaping, I'm dancing -we do what we do.

Hang in, hang out, and hang on.

Christopher said…
I'm really curious about the icicle lights. As much as I like different colored lights on houses (there's a tree on our street that's covered with multi-colored lights) I also find ones that are just a solid blue or white very beautiful. It might be too much to ask several houses on the same street to coordinate so they're alternating so, hey, do what you like. Or what grows on you.
December 9, 2021 at 10:44 PM