on December 20, 2021
Did you ever wonder what keeps me up at night?
Well, aside from drinking two large glasses of unsweetened iced tea at dinner with my friend Jim (and I blame Cracker Barrel because they make great tea and salt their food liberally), here's what had my brain on overdrive last night.
Annie.
By which I mean, the musical.  In fact, it's the first musical I ever saw.  It was at Christmas time.  I was four or five.  I can tell you what I wore.  It was a pretty little plaid dress in blues and reds, with a little starched white collar and cuffs.  And somehow, my parents affixed a large poinsettia blossom to the side of my head like a giant fascinator.
After the show, we met my aunt, uncle and cousins at The Mandarin House.  Which was, at the time, the best Chinese around.  It was also very fancy, by five year old standards.  They had pretty aquariums all throughout the place with bright exotic fish and anemone and whatnot.  There were also some theatrics that came with supper.  The act of putting the dehydrated rice into the tureen of sizzling rice soup.  The act of building the moo-shu pork bundles in the little crepes, the whole thing was pretty great.
So, I was thinking about Annie, because it's, at least partially, a Christmas tale. 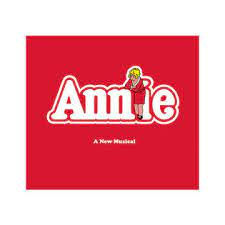 But what it really is is highly problematic.
So, it starts out innocently enough, sort of.  It's 1933 in New York City. Girls' Orphanage. A bunch of sad little orphan girls sing about their parents who will probably never come and get them.  And given that they aren't infants, and it's the middle of The Great Depression, well, there aren't a lot of New Yorkers looking for an extra mouth to feed.  So, then we meet Miss Hannigan, their caretaker, and she puts the girls to work, where we learn how miserable they are at her expense.  So Annie leaves the compound, finds a dog, and smuggles him back to the place.
Enter Grace.  She works for a wealthy dude, and he's got her looking for an orphan to take home for the holidays.  So, wait a damn minute.  This attractive young working woman shows up and says, "Hey, my super-rich boss wants a kid for Christmas.  Let us borrow one of the orphans for a few weeks, we'll bring her back".
Isn't Ghislane Maxwell basically on trial for this exact thing right now?    And Miss Hannigan, because she hates her job, hates her life, and is a horny-but-functional alcoholic, lets Annie leave with her.
They get to Chez Warbucks, and all of these stranger danger adults tell her how they're going to fawn over her for TWO WHOLE WEEKS.  Meaning, this is a temporary sitch for our protagonist.  She's going back from whence she came after a fortnight of complete luxury.  Yeah, that's not going to screw her up for a long time.  Now, on the upside, the Warbucks estate is employing a lot of locals, but does he pay them a living wage?
So, Oliver ("Daddy") Warbucks arrives on scene and is disappointed that the little orphan is a girl, not a boy - which, kinky, but whatevs.  He decides to show her around town.  Cue the big number that has a solo in it that every girl who owned the Red Album (OCR of Annie) tried to belt out.
New-In-Town-Girl:
This is Sutton Foster doing it in a revival.  Kids, don't try this at home.  It is BRUTAL belting. I mean, wowser.  Every girl tried it, few mastered it.  See also Hopelessly Devoted from Grease.  Olivia Newton-John, we are not.
I digress.
Natch, he falls in love with her (agape, not eros) and wants to adopt her.  And that's cool, but now Miss Hannigan wants in on some of that sweet, sweet Warbucks money, so she has her brother and his...wife?  Girlfriend? Pretend to be her parents and claim her for the money old Daddy Warbucks has staked to finding her real folks.
FDR gets involved, because he hasn't got anything else going, well, except for the New Deal, which really isn't that big of a deal.
Well, the Feds learn that Annie's real parents are dead, so Daddy Warbucks is free to adopt her, and gets his pals to snatch up the kids left over from the orphanage.  And they all live happily ever after.  Exccpt for Hannigan, Rooster and Lily. who get their come-uppance.
Look - do I know the whole OCR by heart?  Yes.  But at 3AM, there's something a little sinister about a rich man sending his employee to go pick up a strange child for his temporary amusement.
Just saying.
Merry, merry.
ae