Thanksgiving: The Jan Brady of Holidays

It started, at least in my grocery store, unseasonably early on July 24th.  That’s when I first saw Halloween candy on the shelves.  Candy corn, tiny Snickers with glow-in-the-dark wrappers, and all things pumpkin-shaped, -colored and -flavored.  Halloween starting that early is unnatural, but we accept it.  We accept it because it allows us start early with Christmas, which begins right after back-to-school stuff is off the shelves, sometime in late August.  And so, logically, there’s this overlap of Halloween and Christmas – which leaves very little room for Thanksgiving.  And that is why Thanksgiving is the Jan Brady of holidays.

Halloween is very clearly Cindy Brady.  Whimsical, colorful, filled with fantasy and a pinch of mystery – like the kind of low-stakes mystery where your beloved Kitty Karry-All doll goes missing and is found in the span of 30 minutes.  Halloween is full of sugar-induced frenzy, and sugar crash-induced stupor.   Halloween is dressing up to look ridiculous, and the essence of staying childish past the expiration date of your actual childhood.

Halloween is filled with the promise of fun things to come – like large bowl of ice cream after having your tonsils unceremoniously removed. Halloween takes on the sounds of excess sibilance – the hissing of black cats, the low whisper of ghosts, and the random musings of youngster who hasn’t yet mastered the letter S but insists (inthithth?) on selling seashells by the seashore. Halloween is goofy, and fun, and best enjoyed in small doses, much like the youngest one in curls herself.

Christmas, while serious, is full of joy and sparkly surprises – the kind that happen when your diary ends up in the hands of Desi Arnaz Jr.  Or when you sneak into Davy Jones’ hotel room because your dreamy mouth a check your pert little ass can't cash.  This is the same kind of magic it takes to get one of the three video game consoles your local Big Box is selling this year.  The same determination that gets you grounded for sneaking out to mail a letter to the Father of the Year contest ensures that your perfect greeting cards will be in the mail by December 3rd.

But the work that Christmas puts into substance is nothing compared to its luxe outward appearance.  It’s a major holiday, and majorly gorgeous.  There is a certain allure that much beauty, just out of reach.   Packages are wrapped to be shiny, appealing, and inherently forbidden.  You can look, you might even be able to sneak a quick shake, but what’s under that pretty paper is hands off…for now.  It’s the anticipation that makes it worth the wait.  You may lie awake in your attic bedroom, trying to think about something else, but you really want to know is… what’s under that tree? And what does Marcia see in Warren?  Christmas is Marcia Brady, because of course it is.  Christmas, like Marcia, is still beautiful at its messiest.  Marcia with braces, Marcia with a busted nose is still Marcia.  Lovely, perfect Marcia.

Which leaves us with the perpetual middle child.  Thanksgiving is Jan Brady.  Thanksgiving doesn’t get its own retail season – it doesn’t even merit a full week in November.  It awkwardly straddles the line - borrowing from Halloween and Christmas.  By the time we get to Thanksgiving, pumpkin spice has been thoroughly ingested if not digested, and people are ready to replace one cloying flavor with another – and just in time, here comes the bracing peppermint that is Christmas to cleanse the palate.  Thanksgiving and Halloween flavors share so much in common that it would be hard to distinguish them.  They are both from the same mother, after all.

Thanksgiving is neither as fun as Halloween, nor as glamorous as Christmas.  In much the same way, Jan isn’t like her adorable younger sister, or her foxy older sister.  Jan has the kind of appeal that is comfortable and familiar, if a little dull. Much like the food at Thanksgiving.

Thanksgiving fare can be rather beige and bland.  Hours, if not days, go into the preparation, all for several fleeting minutes of glory.  Like the time that Jan was tarted up in short dress and tights so that ostensibly, she could pose for some home movies. But in truth, it was a covert effort to show classmate Clark that she was just as alluring as her older sister.  It worked, but much like with Thanksgiving, the afterglow was brief.

And come Christmas dinner, people go to great lengths to come up with something new and fresh so that they don’t have to “do Thanksgiving a second time”.  But on Thanksgiving itself, don’t even try to get creative.  Your chipotle mashed sweet potatoes are tasty, and a refreshing change, but like Jan in a curly brown wig, it makes everyone uncomfortable, and has them longing for the familiar taste of plain old marshmallow-topped girl we all know and love.

Thanksgiving, like Jan Brady, is no stranger to family drama.  You may find yourself compared to a relative whose demeanor gives you pause and makes you re-evaluate your sanity.  Aunt Jenny, anyone?  Or if you’re tired of being asked why you’re still single, you may be tempted to invent your own George Glass who couldn’t make it this year, but who sweeps you off your feet the rest of the year.  Or you’re deathly allergic to the family pet, but somehow, you’re the asshole?  Good news – you’re actually just allergic to his flea powder, so you’re still miserable, but at least we isolated the source.

And Thanksgiving silently suffers this, until the event that is billed to be all about them for once.  The Macy’s Thanksgiving Day Parade. It’s about as comforting as an old locket given to you out of pity by your housekeeper, but still – it’s a parade!  And this time, Thanksgiving is going to be the pom pom girl. Center stage!  The star!  Finally!

Except… who’s there on that last float? 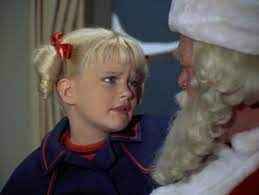 It’s enough to make Thanksgiving stomp off tearfully to its bedroom until Mom and Dad come in to explain that while Christmas may seem like the more beloved holiday, Thanksgiving is special too, it its own way.

Then Halloween pops in, says something stupid and everyone laughs.

I mean, maybe I'm overthinking it. 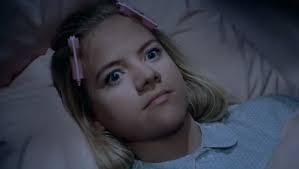 Christopher said…
Thanksgiving, like Jan, deserves a lot more respect. Maybe the Canadians have it right, putting it before Halloween, but it doesn't seem right to have turkey and stuffing when it's still basically summer. It would really make more sense to put Thanksgiving at the start of spring but then it would be competing with Easter.
And who is Easter? I started to say Alice, who's dropped in as an afterthought to fill the final square, appreciated by only a few, and mostly there just to ham it up, but that seems unfair to Alice. Not so much to Easter, which I think is more like Alice's would-be beau, Sam the butcher.
November 19, 2021 at 4:51 PM