Well, I'm in Nashville again.  I should be able to enjoy my town for a whole month!  It's the last month of summer, but of course, we know summer in Nashville lives on until at least October.

Things in Atlanta are in a good state - and that's great, I'm thankful.  Things in Nashville feel equally stable-ish.  Work is a little weird - actually, I'm a little weird and work only highlights it.  We're in the process of turning over a project to what I believe to be its rightful owners.  I just wish I were better at that kind of work, but I'm not, especially when I'm being pulled in other directions.  Which I am.  Last night, I dreamed that the house I was living in was leaking, and rainwater was pouring into the house from all directions.  It doesn't take a genius to figure out that I'm feeling compromised, anxious, unprotected...

But I'm trying to give myself a little space to make corrections and keep moving forward.

One of the more interesting things I did during my time in Atlanta was sifting through ancient photos with my mother to try and whittle down the herd to a more manageable herd.  The boxes we tackled were childhood photos of my sister and me.  We were pretty cute - I'll have a post for you on one of my finds soon.

I had dinner with my mother, her boyfriend, his son, the son's girlfriend, and their friend one evening at a local burger joint - I ran into a girl I'd known since 5th grade.  It was nice, and kind of affirming that I wasn't such a disaster that people from my youth still remember me favorably.

It's also nice when your hometown really feels like home.

Speaking of hometowns, Matt and I celebrate our sixteenth anniversary tomorrow, and that means I'll celebrate 16 years of living in Nashville next week.

That's roughly a third of my life, which is both everything and nothing.  While I was doing some puttering around my hometown and adjacent on this trip, I realized I was going places I don't recall having ever been before.  And a few that I had been many time.  I know the same is true about Nashville.  But I haven't gotten lost going home from the grocery store in nearly 15 years, which is not nothing.

Piper is fine and fluffy these days - it was good to get home to her.  She seems equally jazzed about it.  Which is good.  In stressful times, the therapeutic value of having a doodlebug to pet on cannot be denied.

I'm also grooving on a few new shows - Ted Lasso, of course - because everyone seems to love it as much as I do.  But my friend got me hooked on Schmigadoon.  The basic premise is a couple who have begun to drift go on a hike and find themselves stuck in a musical.  It's got a lot of fun people in it - including Keegan Michael Key, who is just lovely. 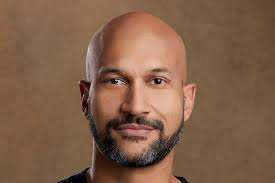 My mother's new pulmonologist looks like and Indian version of KMK - it's not unpleasant.

Anyway - it's got Cecily Strong, Jane Krakowski, Aaron Tveit, Kristen Chenoweth, and plenty of other names in the business.  If you like musical theatre, this is both an homage and send-up.  Fun songs, great sets... it's the total package.

And with that, I'm going to get to getting.  We'll see how August turns out, then make our way into September.

Christopher said…
This is a very belated happy anniversary! Seriously, sixteen years is no small feat, and congratulations on it. And on watching Schmigadoon. We haven't seen it because we haven't got AppleTV, with so much to watch on our other streaming services and a lot of other stuff going on, but I heard an interview with one of the writers. I think it's hilarious that there are two guys who created it: one who loves musicals and one who hates them. Talk about art imitating life.
September 3, 2021 at 2:30 PM