Well, we're in nearly full throttle Spring here in the Volunteer State, which means pollen.  Which means, for me at least, a sinus headache.  As much as I bitched at the time of the tonsilectomy, it was totally worth it because now, it's just sinus, no throat issues. 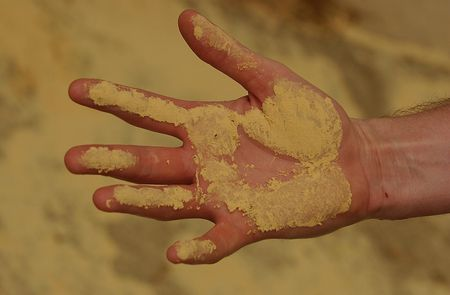 I finally caved and got a pedicure, just so that someone could cut my ragged toenails - I tend to butcher them, and it was good to have a second set of hands, eyes, etc.  I didn't even get a polish color.  You'd think that would lower the price of the service - it does not.  I still tipped well because he got out the cheese grater and went to work on my sad heels.

I am comfortable in my own skin, to be sure, but it really does require a lot of moisturizing.

The dove in our backyard seems to be settled in.  Well, both of them.  I learned that they take turns on the nest while waiting for the eggs to hatch.  One takes the day shift, the other takes the night.  In fact, as I write this, the shift change is about to take place.  Dove AM is on the nest, and Dove PM is sitting on the fence doing stretches and psyching her/himself up for the long night ahead.  I think Dove PM  has it a little easier most of the time because we aren't out there barking at taking calls and whatnot.  They do it very discreetly if we're out here, which is probably why Piper hasn't noticed them, which tells me they're smart.

I did catch the shift change twice - once from my bathroom window one day last week, and once this week on the deck, so I know it happens.  I'd like to think Dove AM goes to whatever the avian equivalent of Applebee's is, has a quesadilla and a beer, then goes and sleeps for eight hours.  In the morning, maybe runs to the post office, gets a coffee, then comes in to take over from B.  I have no idea.  I'm spitballing here.

One of my big tasks this time of year is moving the winter clothes to the attic, and bringing the summer clothes from the attic.  It's a task that never, never ends.  At least, it feels that way.   I did it last weekend because that week was so freaking hot.  This week will be chilly, but I have enough long sleeved shirts to make it work. So there's that.

So, that's basically it from here - it's the little detail things that tend to nag and pick at your brain while you're falling asleep.  Or maybe it's the pollen.  I honestly don't know at this point.  What I do know is that I could take a little NyQuil Vacation and I'd still want a nap when it was over. 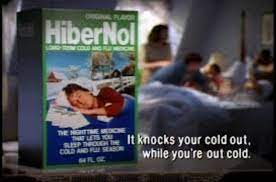 This, too, shall pass.

I'll keep you posted on the dove population.  Keep it real!

Christopher said…
I've been watching a dove sit in my window feeder and guzzle safflower seeds for nearly ten minutes. If that's its equivalent of Applebee's then I'll do what I can to keep the metaphorical potato skins coming.
And I'm glad to know there's an advantage to getting a tonsilectomy other than not having tonsilitis. Not that I'd know what that's like. I've still got my tonsils and fortunately only have very mild allergies. Somehow that NyQuil vacation still sounds like a good idea, though. Maybe I'd sleep through the dogs trying to get up early because sunrise is coming earlier every day.
April 22, 2021 at 3:28 PM