I got my second Covid-19 vax today - I was sorted into House Pfizer.

Most of my social media friends are showing their photos, and I did as well.  Most of them are also theatre nerds, and have gone with a "not throwing away my shot" Hamilton reference.  And I applaud that.

But when it came time to post mine, I went with something a little different.  Dirtier.  Definitely dirtier.

The group LMFAO came into my life by two routes at roughly the same time.

First was at a bar here in Nashville called Tribe.  It's a gay bar, located on Church Street here in Nashville, and I love it.  I love the music, the people are friendly, the vibe is cheerful, and I don't worry about predatory behavior.  Or being hit on.  Or feeling bad for not getting hit on.

As you probably know - I'm not a big drinker, so I'm a cheap friend to have along.  I will also drive, should others want to imbibe.  Even when we were going out regularly, I didn't go out that much - I've been maybe twenty times, total - and that includes side excursions to the dance club next door, owned by the same people - it's called Play.  Even in my late 30s, I was one of the oldest people in there, and now, it's unlikely that I would go - it's 18 and up, and that makes me feel like a fossil.

But I do enjoy Tribe.  We went once for Showtunes Sunday, and one of my friends was impressed with my depth of knowledge thereof.  Come on, man - I am a showtune enthusiast.  The bar setting is just nicer than my car.

After I had been there a few times, I asked one of my friends what was the difference in the two men's bathrooms.  One has a door marked Boys, the other Men.  He said that there is only one men's room there, and it has entrances on either end of the hallway - and that he had never noticed that the doors were marked differently.  The women's restroom is marked Girl.  There guys in there sometimes, but I honestly don't care.  They're polite, and I just need to pee.  We good?  Good.

Anyway - there was a song that played there a lot by the group LMFAO called "Sexy and I Know It".  Within a week of hearing it at Tribe, I was exposed to it again in a different setting: The YMCA.

Let the record state that I kind of miss the Y.  I mean, given the state of germ warfare right now, the last place I want to be is in a crowded room with a lot of heavy breathing.  And, full disclosure, I quit the Y years ago because I never went.  Why pay $60 a month for nothing?  Exactly.  Although, I will tell you, having a place you can shower whenever you need to saved me some hassle a few times.  That sounds weird.  What I mean is, once or twice, I had to have dinner with a customer after work.  Didn't have time to go home, but I needed a little refresh - that's where the Y membership was really handy.

But what I really miss is the Zumba classes. I'm not a great dancer.  I fall down, I don't know my left from my right, and my flexibility is crap.  You'll never see me on dancing with the stars, and not the least of which has to do with me not being a star.  In my own mind, I am.

I did love Zumba.  The music was fun, the camaraderie was excellent, and it was good exercise.  It hardly felt like exercise.  I may need to find a way to get back to Zumba.  Even if I just do it here.  Which reminds me - there's a video/equipment set you can buy to do a tap dance workout.  I'm interested enough to consider it.

But Zumba classes occasionally had some cleaned up versions of raunchier songs (or not so cleaned up, but whatever).  Shots, by LMFAO was one of them.

When I posted my photo after vax one, the caption started with the first line:  "When I walk in the club, all eyes on me."

Today's started, appropriately with another line from Shots - "Bottoms up!  Let's go round two!"

I am grateful to the firefighters who came all the way from Tucson to give vaccinations.  To the FEMA folks who were congratulating us on getting vaccinated.  To the Music City Center folks who directed us through the building. I thanked everybody.

We're not done.  We need to stay vigilant, and keep wearing masks, and keep safe.

Also, apropos of nothing, if you're planning to add a pet to your life, get a chinchilla.  Name it Winston Churchilla and report back to me. 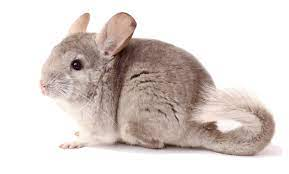 Or, if you like a good up tempo song that glorifies sex and drinking, have a watch (this is the clean version, but still):

If none of that appeals to you - so be it.  Just enjoy an iced beverage of your choice and have a marvelous day.  If you can get the vaccine, do it.

Christopher said…
Oh my. I've been by Tribe and Play several times since it's sort of in my work 'hood, but I've never been in either bar--I was never there when they were open and even if they were, well, being dressed for work I felt I'd be underdressed. I did go to the smaller Blue Gene's before it closed and had a nice conversation with the bartender who, well, had a rather heavy hand when it came to pouring. I'm not a big drinker either but I'm flattered he took me for one.
And I miss the Y too. I miss my weekly swim. But even though I've had my double shot I'm still not ready to go back just yet. Still wearing a mask, still social distancing.
No room for a chinchilla, unfortunately, but I keep thinking I should get a Chia Pet.
April 13, 2021 at 2:14 PM