Life imitates art imitates work.  Or something like that.

Around the end of January, I was commissioned to write an advice column for my company's Monthly newsletter - just something kind of fun and breezy.

I decided on the nom de plume Aunt Nobody, and wrote/replied a few samples for the marketing admin.  When she didn't ask for more for the March newsletter, I assumed there wasn't room, or that it had fallen flat. I mean, I'm not a Pulitzer Prize Winning Yenta - though, wouldn't that be something to aspire to?  Indeed!

Anyway.  The March newsletter published today and one of the samples I'd written earlier was in there.  And ironically, it was a fake letter about someone bored/blue/stagnating due to Winter and Covid.  Aunt Nobody had some good advice - eating better, getting some fresh air and sun - vitamins... good old Auntie N.

Of course, that's purely "common sense" advice, and I can heed it, but man oh man, am I ready to spring forward.  Only in the more daylight/warm weather sense of things.  The whole losing an hour of sleep is brutal. 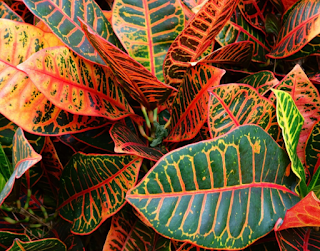 Anyway, that's what it looked like.  Once I got it on land, it was laid out while I was talking to some people and it managed to get away.

When I woke up, I thought of a phrase I haven't said or thought about in 25 years.  The phrase is, "I'm having an alligator nightmare in technicolor."

My senior year of high school, shortly before I turned 18, I was walking out to my car to drive a bunch of younger people to play practice.  I was the stage manager of the play, and I was so over it, and over them and just...done.  And one of the kids had this rubber alligator that was pink and yellow and green - like you might find in an aquatic themed drink at a bar.  But the damn thing squeaked when you squeezed it, and he was just squeaking the damn thing to beat the band.  And I turned to my friend Lisa, and said, in exasperation, "I'm having an alligator nightmare in technicolor!"

There are phrases that stick with you like that.  Another one, also drama club related was, "My mother wants to whip you up and down with red shoestring licorice."  You had to be there, just trust me.

It's probably worth mentioning that my father was also fishing in the dream, and he had used a frog I found as bait, and he caught this massive... prehistoric looking fish.  Like if a sturgeon and a manatee has a baby - it would be the fish he caught.  His didn't get away.

Other than that, I slept really badly last night.  I just couldn't get comfortable - these things happen.  I bet I'll sleep tonight though.  I'm willing to throw a little NyQuil on the fire for that very purpose.

It's the first of March, which means we're coming up on one year of this Covid Madness - although,  we're basically there, if we're honest.  We're also coming up on the anniversary of last year's tornados. Weather here is wildly unpredictable in March - it could snow, it could hail, it could be 76 degrees or 20 degrees...in the same week!  But we're getting to the good weather part of the year.  Hopefully the yard will dry out a bit and we'll de muddify everything.  Matt has requested some fill dirt for a hole at the side of the house.  I would argue that the hole has been there since before we arrived, but he maintains that Piper has enlarged it. I like seeing dogs dig.  Oh well.

I don't think we need a truck load, especially because that costs stupid amounts of money, and I have other cats to whip, as the French say (j'ai des chats a fouette).  It's basically their version of fish to fry - though I would argue frying fish is far less controversial than whipping cats.  What can I say - the French are a strange bunch.

So, I'll be sourcing dirt, waiting out the Covid, trying to plan my summer around getting a shot, and maybe buying some clothes.  Specifically, I could use some new Birkenstocks.  And I need to put in an order with Penzey's for more dried peppers.  And there's a shirt.  There's always a shirt.