I woke myself up this morning, screaming.

This is nothing new.  I've done it before, but it's been awhile.  I much prefer waking myself up laughing, but that's been a LONG while.

I was having a dream which is a variation on a dream I have had quite a bit recently - in  this version, I was going to our cabin to do some work, and my family  - my mother, father and sister, were keeping me from getting there on time because they were taking too long to get ready.  And there were car issues, and apparently a ton of cold cuts that needed to be made into sandwiches.

I looked a clock and realized I had 45 minutes to get to a place that takes way longer.  And I was yelling at my family that I was going to break my neck trying to get there.  I woke myself up when I yelled, "I need someone to help!"

It was startling.  I don't think I woke Matt up, but he got up about 10 minutes later, then the alarm went off and I started my day as well.

It's pretty telling, I think that I was very emphatic in my need for help.  Apparently, I am taking on more than I am comfortable with.  The cabin is symbolic of that too.  Whenever I dream about my father being alive, it's typically disconcerting because there's this underlying thing where he's back from the dead and we know we won't have long until we lose him again.  And how are we going to care for him?

So, clearly, there's some anxiety.

We have decided that for Thanksgiving, I'll be going to Atlanta.  Matt is staying here with the dog, and is getting Giordano's in Chicago to ship him 2 frozen pizzas (deep dish, obvs.) as his Thanksgiving feast.  I'm vaguely jealous.

We're going to have a more traditional Thanksgiving in Atlanta - I think...we need to get our menu set.  I tried to check in with Mom last night, and was rebuffed.   She was busy making soup.  As she gets older, her brain can really only handle one thing at a time.  I get it.

So, you know - it being the weekend and all, I'll do my groceries, prep a little for Turkey Day, and otherwise, just relax.  Basically.  I am still working on a Christmas tree for the front room.  Something small, pre-lit and pleasant.  It's a shame they don't sell cut trees pre-lit (I mean, I know that they sell the potted mini trees, but we need something a little bigger - not much, but a little).  Or artificial trees that smell like pine...

I also need to take a peek at the ornaments.  Seeing as it's been a decade, and they've been in the basement... I may just need a tree made of those little pine tree air fresheners... 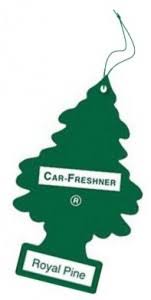 Yeah, you.
If I don't catch up with you before Thanksgiving, make it a safe and festive one.  And remember - you can get anything you want at Alice's Restaurant.  Excepting Alice.
ae