At some point when Matt and I were dating or newly married, we were driving in Nashville, and someone cut Matt off.  Matt fired a quick warning honk of the horn at the perpetrator, and was rewarded with a middle finger.  Matt ended up catching up to the guy and was next to him at a light - Matt rolled down his window and called to the man, "Thanks for the bird, asshole!"

Then the light turned green and they both drove off.  Even as I was laughing, I told Matt he shouldn't have done that.  He said, "What? I said thanks."

It's one of those phrases that make it into a lexicon of people who know each other and speak a secret language.

I thought of it a few times this week.

I've been feeling a little down.  The isolation, issues with people being too much of something or not enough of something else, general fatigue, heartburn, swim test anxiety, dry skin, inflamed sinuses, the woes of people I know and love, the election coverage, the daily news - basically, 2020.

So I have been taking comfort in the birds in our yard.  I know I've mentioned that I believe, using the powers of magical thinking, that my late father sends me birds.  Sometimes, I even ask him to send me birds.  I asked him late last week for some birds.

And I have to say, he came through for me rather spectacularly.  Much of this week, we've been visited by a Downy Woodpecker.  Then yesterday, or maybe the day before, we had a pair of red bellied woodpeckers - I've never seen them in a pair.  They're so jaunty.  Bright red cap, black and white tweed coat.  Gotta love 'em.  They chased each other all over the yard.  They were short-timers, but old Downy has been back repeatedly.  That's been great - he has taken up the same spot from earlier in the summer.  Except for one morning, when he landed on a telephone wire and began hammering away at a plastic connector box.  Not going to lie, I laughed at that pretty solidly. 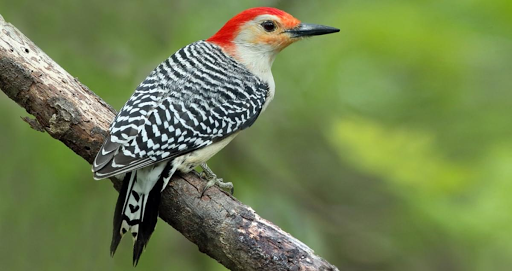 The other fun sighting was a pair of crows chasing off a hawk.  They were cawing and chattering as they do, and I could swear it sounded like, "Go on!  Get out of here!"  It made me laugh, and that hawk looked none too happy.  I have nothing against hawks, by the way - I just like when the underbird beats the predator, so to speak.

And of course, we had plenty of blue jays, starlings, and mockingbirds to round it all out.

So Dad and his magical bird summoning energy came through for me.

To him that leaves me one thing to say.

Thanks for the bird.

This time of year is melancholy for me for a few reasons - chief among them that he went into the hospital with a stroke in mid October - so all of my Facebook memories are bringing that into focus.  Note to self, ignore Facebook memories?  And then, my birthday is later this month, which means I'm one year older - and let's be honest - this year is sort of a mulligan.  I saw Hamilton, I went to a Pete Buttigieg rally.  And then there was the tornado, and then the plague.  Pestilence, coming soon to a planet near you.

Anyway, the birds were great.  And this weekend, I'm going to rest up, get some healthy grub in the house, and start to dig my way out of the October blues.  I've got a birthday to (somehow) celebrate.

Thanks again for the birds.

Christopher said…
It really is lovely that your father sends you these birds. Especially such great birds.
We had redbellied woodpeckers come to the hummingbird feeders my wife put out. I think she used to yell at them, "Those aren't for you!" But they're so cool to look at they're welcome to hang around.