on October 26, 2020
I've mentioned recently that I started playing Stardew Valley - a farming sim game.  And what I realized recently is that it is just as repetitive as my daily life.   Get up, water and harvest the crops, love and tend the chickens, gather eggs, forage, chop wood, mine for ore, and make friends with the villagers.  Tous mes jours sont pareilles, evidemment!
The friendship thing is what's interesting to me.  You do all, or nearly all of the initiating contact.  Some people are mean to you.  Some ignore you.  Some like you and maybe even love you - but you make the first move.  In order to curry favor with anyone, you have to do things for them - bring them a fish, deliver an amethyst (that you have to find by yourself), grow them a melon and deliver it - even though they are never home.  Feed them pizza, buy them a beer or a coffee.  Ask them to dance, get rejected.  Listen to them gush about another character after you have given them a gift.
In return, you'll get a recipe in the mail, or some money, or a baffled look, if you give what you think it a delightful present that they don't like.  Which, as it turns out, could be a flower, or potatoes or a fish - you never know what's going to set someone off.
There have been setbacks.  I came in second at the fair - I lost to the local storekeep.  He doesn't appear to grow a garden, but somehow sources all of the best goods.   It reminds me of the real life disappointments I've felt in re: state fair losses.   It reminds me of the disappointment my grandfather felt when he came in second for the French prize in college.  He lost to a native French speaker.  And let's just say, that's bullshit of the highest order.
Anyway, I've enjoyed the chickens, I've enjoyed making computer generated friends, and I've made plenty of  jams and jellies.
The problem is, it's not real.
What I need to do is play the video game that is my life; vanquish dustbunnies, level up in cleaning, organizing and fiscal responsibility.  Cook meals that power up my health and energy.  Take "health tonics" in the form of my medications and supplements.  Pet my real, actual dog.  Maybe not raise chickens, but I could buy a coffee mug with the Stardew chickens on them.  Or a mask.  Or a pillow.
But am I going to keep playing?  Probably.  Because at this point, I'm vacillating between coupling with the emotionally distant and unavailable doctor or the emotionally distant and unavailable alcoholic ne'er do well.  Meanwhile, I've befriended the emotionally distant and unavailable married retired soldier with PTSD.
By the way - in addition to being emotionally unavailable, they're also physically distant.  The doctor lives above his clinic, and has invited you to come hang out with him.  But if you go there, the game tells you he's busy (playing on his HAM Radio).  And you can only visit him during business hours. Otherwise, the clinic is locked.  And you're not going to be doing any late night canoodling, unless you stalk him and stay in his room til he arrives and watch him build model airplanes.  And even then - it's basically canoodle free.  There some implied makeout - at least, with him.  I haven't progressed far enough with the alcoholic, though I was invited to his room that he rents from his sister, because he was passed out drunk and she needed help reviving him.

Alex, Sam and Sebastian are all too young for me  my character.  And Elliott... I don't date boys prettier than me.
The girls are all way cuter, a little more interesting... and I could seek the love that dares not speak its name, but I'm doubling down on the moth-eaten drunk, and the doctor who never grew up.
Anyway.  I'll keep you posted.  Meanwhile, I'll keep making hoeing puns in my mind.  And saying, "Haaaaay girl, haaaayyyyy", in my head every time I feed the chickens. 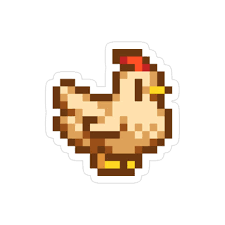