1.  I Have Something to Tell You:  A Memoir - by Chasten Buttigieg

When I first started reading about Mayor Pete, I was impressed that his husband was a teacher.  It took me a long time to get into training, and it's what I love - and that's an offshoot of being a more conventional educator.  I liked the idea of someone who worked with kids, who understood the importance of school, being in the White House, and having the president's ear.

When I went to the rally, the day before Pete announced he was suspending his campaign, Chasten was there with him, and they looked like an all-American happy couple.  So when I saw that Chasten had written his memoir, well, hell - count me in.

Whether Chasten wrote it himself or had help from a ghost writer matters not.  The voice they captured was authentic. The story starts with an overview of his childhood, talks about the process of coming out, his time (and money) in college, and then meeting Pete.

The overarching theme is that he has always felt a need to make peace with who he is, and who he wants to be.  Just like ALL OF US.  He is candid about his debt, his family (a split of supporters and detractors), his education, his work, and even his past failed relationships.

He also lets us behind the curtain a little to better understand Pete and their marriage.  They are definitely a well-matched pair.  The prose is playful, but still dignified.  You can tell they have fun together, and care for one another.  I saw that at the rally.

Honestly, that rally was the highlight of 2020 for me.  I remember walking through downtown feeling hopeful for the first time in a long, long time.  And then the tornado hit, and Super Tuesday, and then the pandemic.  Really, it was a good day while it lasted.

So - if you like the Buttigieges, and you like politics, and want to feel good for a few hours, this one is worth reading.

So this one was/is controversial, because the Latinx community feels that she is taking their story and using it for gain.  Possibly so.  I don't think the human experience belongs to any one person, and honestly, she could have written the same story using a fictional future setting, and it wouldn't have changed the narrative.

This is the story of a woman and her son trying to escape unspeakable violence and revenge in their hometown of Acapulco, Mexico, and the people they meet along the way.

I had heard it referenced as a modern Grapes of Wrath - and I don't know - at the time, I didn't love Grapes of Wrath - it's probably worth re-reading.   But this book was compelling.  It was action, suspense, crime, romance, and struggle.  So much struggle.

So maybe that makes me less than woke.

Which brings me to a review of a TV Series on Hulu, called Woke.  Eight episodes, which I have now binged to completion.

His strip "The K Chronicles" is brilliant - edgy, political, subversive... I have read it off and on for awhile.

The premise is that San Francisco cartoonist is on the edge of making it big when he is subjected to a violent police takedown - they thought he was a mugging suspect.  He is released, but the incident affects him.  He becomes "woke" and starts using his platform for more controversial points of view.  He blows up a career and a 2 year relationship with his girlfriend, and begins figuring out "what's next".

Lamorne Morris, who is new to me, plays Keith.  His roommate Clovis is played by T. Murph - also new to me.  Blake Anderson, the long-haired guy from Workaholics plays one of his roommates, and he's not new to me - Sasheer Zamata from SNL plays the editor of a alt-culture rag who challenges Keith to rise to his best self.  She has the most amazing role, and she really digs into it.  I want to be her.

Look, if you're fairly liberal, want to watch a show that tackles racial issues and escaped koala bears, watch this show.

That's all I have for now. 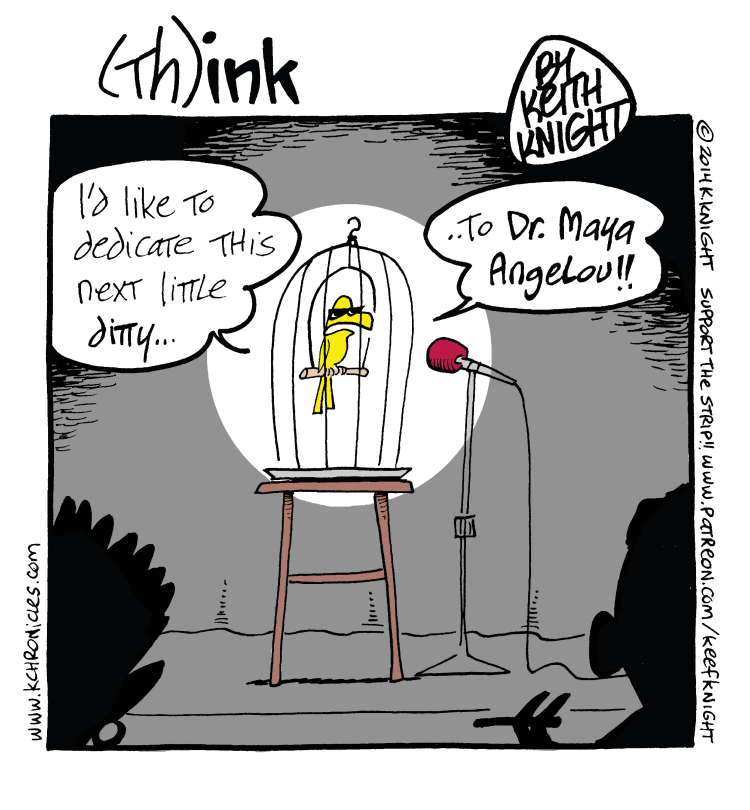