I recently finished off the first part of season two of Pen15.  It's on Hulu.  It's the chronicles of two best friends in seventh grade in the early 2000s.  The leads are played by 33 year old women.  And it's not hard to believe that they're actually 7th graders.  Seriously. 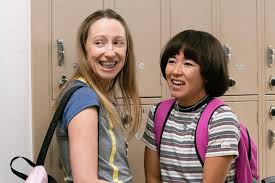 It's raw, raunchy, honest, funny, heartbreaking, and so, so relatable.

I don't care if you went to Middle School in the 80s, 90s, 00s or beyond - being 13 is universal.  It sucked.  It was being awkward, and period problems, and hormones, and parents and school drama.  This show tackles all of it.

This season, one of the secondary characters realizes he is gay.  He struggles with it, and because of that, he struggles with those around him as well.  He never outs himself, but sits quietly with a secret, and it informs every scene he's in. 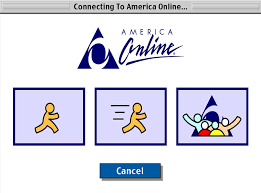 Really, it's charming, cringey, and bingey.  Get on it.

Obviously, my experience was a little different.  We had the phone, and we passed notes.  There was no instant messenger.  Seventh grade, I ran unsuccessfully for class office, botched a spelling bee, had terrible hair, got a great role in the school musical, slow danced for the first time, went to DC, had terrible hair, got a C in math, thereby blowing my chances at getting into Beta Club - remember - I was the dumbest of smart kids.  I went to a Bat Mitzvah.  I gave myself a black eye from answering a late night phone call and dropping the phone on my face.  Not the receiver.  The phone.  Did I mention that my hair was a hot mess?  It was.  I wore very little makeup, and what I did wear was ill-advised.  I was often broken out and gassy.  I got braces.  I owned a sweater I wore only once because of some ill-place embellishments at breast level - it had an appliqued cheerleader on it.  With pom poms... you fill in the blanks.

Did I have a boyfriend that year?  No.  I may have "gone with" someone for a few days.  I was a gatekeeper to several prettier girls, and guys would befriend me to get to them.  It's a dynamic I've lived and watched others play out for years.  My first kiss would be in 8th grade.  From a guy who wasn't especially nice to me.  Don't worry - it only set the stage for my first sexual experience (some years later) to be with a different guy who wasn't especially nice to me.  No big deal.

There are several episodes featuring a new and toxic friendship.  I lived that.  I knew gaslighters and compulsive liars, and mean girls.  Some were all three at once.

And yet, I survived.  I never did make Beta Club.  Despite my total crap Math grades, I tested into 8th Grade Algebra.  I suggested that I was not a good candidate - they placed me in it anyway, probably out of convenience.  I also got dropped into Physical Science.  I failed out of Algebra within a month of starting school and got placed into pre-Algebra where I really belonged.  Unfortunately, me and my shit math skills were stuck in Physical Science, where I struggled for the remainder of the year.

In spite of that, I recall loving Middle School,  as much as a young teen can love anything.

So, you know - if you like to cringe and laugh, and middle school was a disaster, and you don't mind some occasionally weird ass absurdist beauty - give it a watch.

Tell them this girl sent you: 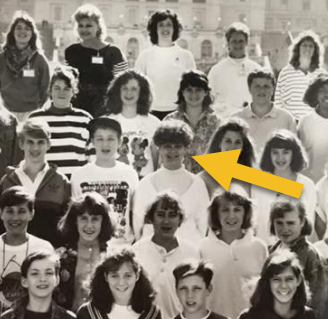