on September 17, 2020
So I had to break in to my own house yesterday.  I had locked myself out, because I locked the door to leave, walked out, and realized I didn't have my keys.  It's not impossible to do in this house, and I've done it before.
That said, I know how to get in.  But it takes knowing the house and having a tool handy.  There was some climbing and some gentle prying.  The less said, the better.
I will say this.  It was painful.  My body is not Cirque du Soleil quality.   And not only that, I was already riding the struggle bus from an earlier incident this week.
I went out to run an errand Sunday morning, during torrential rain.  I ended up with a flat, probably from some debris I didn't see in the road.  I managed to get the car into a mostly empty lot where I proceeded to jack the thing up.  Then, lugnuts.  Of course, the last time the tires went onto the car, the lugs were professionally tightened, with a hydraulic torque wrench.  So, I had to stand on the bar of the decidedly analog lug wrench and bounce.  For the first three, it worked flawlessly.  On nut #4, I slipped off the bar (rain, you know, and Birkenstocks), twisted my ankle and fell flat on my ass.
At which point, a guy and his wife came by, he offered to help, I swallowed what was left of my pride and let him have a go at the lug nuts.  He had to stand on the bar, as well, but he had on tennis shoes, and with a little effort, we were good to go.
All of that to say, I got tires - it was honestly time for them, and while that sucks, it's good to have it done.  They did the brakes while we were at it.
The other issue was my battery - independent of the tire fiasco, recently the car has been logy, reluctant when you crank it.  The tire/brake people recommended a new battery.  Now, I can install a battery - I've done it before.  I also wanted to see if Matt putting the battery on his trickle charger would fix the issue.  It did not.  The battery was in bad shape, and it essentially cooked itself on the charger.
So yesterday, going to buy a battery, is when I ended up locked out with no car keys.  In theory, I could have called an Uber to go to O'Reilly's, but I'd still have needed to break in once I got back.
Anyway, as a result of this, I'm covered in, what we called in the safety world, abrasions, lacerations and contusions.   You and I would call them scrapes, cuts, and bruises.  Thankfully, they are mostly covered - you have a 6'4" spouse, you don't want to wander out all mangled looking.  People talk.  After I gave myself a pair of black eyes back in 2007, Matt refused to go out in public with me.  How did I do that?  Well, I forgot we had mounted the bike rack on the trunk of my car, and I went in there to get groceries.  When slamming the trunk shut, I neglected to allow for clearance and brought one of the brace bars down across the bridge of my nose.  It was glorious.  I don't blame him for avoiding me. He's a lover, not a fighter.
The takeaway from all of this, I believe, is to slow down, pay attention, and remember to maintain my car, myself, the people and things that I love.
The other takeaway is, I need to hide a key somewhere, because I am not making that same dumb mistake again. 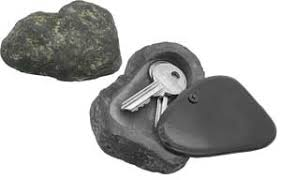 Christopher said…
Wow. When it rains it really does pour. I'm slightly envious that you can at least break into your house. Several years ago we put in a new door and I kept telling myself I needed to be careful or I'd lock myself out. And of course I locked myself out when my wife was out of town. Funny thing is it wasn't the sixty bucks for a locksmith that convinced her we needed to hide a key somewhere accessible. It was the fact that I locked myself out again, this time while she was at home. I had to wake her up.
September 18, 2020 at 10:14 AM