I'm kind of sick of cooking.  And sick of eating.

Like, I know I have to put something together for dinner, and nothing sounds good.  Not even ice cream.

Not even a plate of fruit and cheese with some crackers. 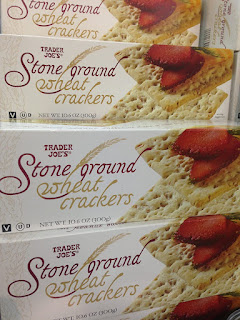 I haven't lost my sense of taste or smell - so it's not Rona, probably.  I just don't feel like dealing with it.  And it's not even like takeout seems tantalizing.

Since March, I feel like I cycle through stages of higher and lower energy.  I'm zapped, at the moment.  It happens, the zappins'.  I need to put together a few social activities.  Work ones, work-adjacent ones, and non work ones.

Which is hard to do when you're zapped.

I think it's mostly the heat and air quality that are bringing me out of kilter.  Well, that and the isolation.

Early on, there was a meme that lock down is only quarantine if it comes from the Quarantine region of France - otherwise it's sparkling isolation.  I love that.  It works for me.

Due to Hurricane Laura (and I suppose Marco, but Laura is getting all the press), we're about to get some rain.  Within the next day or two.  Whereas, Louisiana is already getting slaughtered with it.  Katrina hit just after Matt and I were married.  So, I remember that like it was yesterday, even though it was fifteen years ago.  Time flies.

Given that my sister's name is Laura, I have to laugh.  A little.  But she's surrounded by the requisite late-summer California wildfires, and that's not funny.  Neither are hurricanes.  Natural disasters, are, on the whole, not a source of amusement.

Frankly, there's a lot going on right now that downright disastrous.  This seventeen year old kid drove from Illinois to Wisconsin with an assault rifle, shot some peaceful protesters, then went home.  He literally walked back to his car having murdered two people who were not breaking the law.  And even if they were breaking the law, why does a seventeen year old civilian get to hand out justice?

Look, it's not entirely surprising that I'm a little down.

But as the great philosophers of our time, Chumbawamba, once said...

I get knocked down, but I get up again.  Ain't never gonna keep me down.