on February 21, 2020
So, a few weeks ago, my counterpart in training facilitated a Black History Team Trivia lunch and learn for Black History month.  I was her scorekeeper, which I enjoyed - and the event went well.  So she took it on the road to our team in Chattanooga.

She messaged me between rounds to tell me that one of her contestants asked, "So will all the questions be focused around African Americans?"

Well, yeah - that was sort of the whole point.  I shouldn't laugh, but I did.

I love trivia.  I was in Junior Academic Bowl in middle school - we were State Champions that year.  So, dig that.  I did not do Academic Bowl in High School because, priorities... but I was good at that stuff.

Once, I remember pulling out the Trivial Pursuit board at an extended family gathering - I would have been eleven.  And there was a question about what candy company made the most money - something of that nature.  And everyone was swearing up and down either Hershey or Nestle.  I said I thought it was Mars.  I was right.  I explained that Snickers was the best selling candy bar in the world (at that time), and that Snickers was manufactured by Mars.  The game kind of broke up after that.  Grown people don't like to be shown up by a smart kid.

Last night, I was at my friend Rosie's, and we were talking about Richard Nixon, and his AG John Mitchell, and the re-election campaign, and she said, "Well even the acronym for his campaign committee was ridiculous..."

I broke in, "It was CREEP, wasn't it?"  How that dislodged from the recesses of my brain, I don't know.  It just came out of my mouth.  I remember reading about, probably in Dr. Terry's History Class, but for sure in the Book of Lists.  I think I remember it because it was funny/appropriate.


Sometimes my brain tricks me though.  I was trying to come up with the French word for "coat".  My brain came up with the word "manteau", and I said, no, that's not right.  And I cycled through the words for scarf, hat, gloves, dress, skirt, suit, and pants.  So I decided to ask Professor Google - shocking - it's manteau.  Trust your headbrain, people.

I do a lot to try and keep my brain sharp.   My therapist told me recently that my memory for details is quite good, and to not to compare myself to others because I will be mostly frustrated by things people don't remember, but I do.

There are plenty of things I don't remember.  That's the nice thing about having people around you that you've known for a long time.

Like the other night, there was something just out of reach in my memory bank that I couldn't get to.  I asked Matt, and he remembered it.

The phrase was "Peanut Butter Barn" - and it's a long story.  It's nothing critical or important, but like an unreachable itch on your shoulder blade, you have to deal with it.

Puzzles, they say, are good for the mind.  And I do a set of them every day on an app called Peak.  I highly recommend it.

They're a good mix of words, numbers, memory, logic, reflexes and reasoning.  It's sad how hard I can crush the word puzzles and how crushed I am by anything that requires speed or coordination. 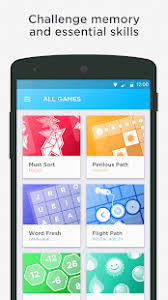 Christopher said…
I remember playing Trivial Pursuit with my friends and one, who, on a totally unrelated note, is now a professional improv comedian, joked that there were really only three answers you needed to know: water, Winston Churchill, and Spiro Agnew.
At the time I had no clue who Spiro Agnew was and thought it was a name he'd made up. He was right, though, about the frequency with which "Winston Churchill" was an answer in the 1980's Genus edition of Trivial Pursuit.
Also last night someone mentioned the movie Forbidden Planet and I was inexplicably unable to remember the name Leslie Nielsen.
Forbidden Planet is one of my favorite films. Airplane! is another.
Needless to say I'm worried about my brain.
February 27, 2020 at 12:08 PM