on February 03, 2020
Sometimes, I get obsessed with things, even if it's just a micro-obsession.

I'll tell you what my current micro-obsessions is.

It's a Canadian television show, and it's kind of bizarre, but I'm hooked.

It's essentially the story of several different social groups in a small town in rural Canada, and how they get along, and how they don't.

The central set of characters are:  The Hicks a group of friends who sit at the produce stand and chew the fat. The Skids are some meth-loving, goth looking, pale kids who dance in the dollar store parking lot.  The Christians is/are mostly a preacher with a southern accent, who brings to mind a game we played in college "Gay or Baptist?".  The Hockey Players are a pair of cute bros who are devoted to each other, hockey, and the pleasures of being a pair of young, cute, athletic boys. There are a variety of townspeople that float in and out, but mostly, it's people shooting the shit.

What I enjoy about it is the wordplay. There are recurring jokes, lots of clever riffs and well-written, snappy dialogue.

And dogs.  The main character loves his dogs, and there's not an episode where you don't have someone petting a dog.

So, you know - dogs, wordplay, and Canadians.  It's a delight.

It's nice to be easily entertained.

I'm also, of course, doubling down own hockey - the Preds have won their last two games.  It's not a complete 180, but you gave to start somewhere.

Again, Canadians.  No dogs, and of course, coarser wordplay, but who doesn't love a good F Bomb?  Well, I know a few people, but that's their loss.

Last week, in non-Canadian entertaiment, I spent some-listening to the first season of Serial.  I do that from time to time, sporadically.  I somehow think I'll solve it, this time.  It never happens, but I walk away with something new every time. I'll never know.  We'll never know.

I remember reading All The President's Men when I was in High School and wondering who the hell Deep Throat was.  And eventually, they told us, and I honestly couldn't tell you without looking it up. 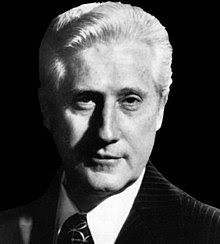 Mark Felt.  Obviously.  We all knew that.

Anyway we shall see.

The Iowa Caucus is today.  And with that, Election Season is underway.

I am so, so excited.

Christopher said…
And now I wish we had Hulu, but between Netflix and Amazon Prime, well, it's not like there's a shortage of stuff to watch.
Really, though, this and the Iowa caucuses are just another reminder that Canada seems to have everything I could ever want except the climate.
February 5, 2020 at 1:04 PM