on November 03, 2019
So, I have written here many, many times about my dreaming life. And how frantic, anxiety-ridden and generally stressful my dreams are.

For example, two nights ago, I woke up hoarse from trying to scream in a dream where I watched as a German Shepherd attacked and eviscerated my late dog, Lola while I stood mute (but trying to scream) and helpless. Awesome!!

But last night, I had a dream - I can't even really explain it. A friend and his wife were about to have a renewal of their vows, and he was explaining to me that he had recently been reading these books that taught him the secret to life. And he was explaining it to me and I totally understood it, and it made perfect sense and I felt completely at peace and unconflicted.

And the ceremony began, and it was in a room full of people - like theater in the round. And it was more like a play or a sacred ritual than a wedding ceremony. People were gathered around, and I somehow knew lots of them, and they all knew me and were delighted to see me. It was warm, and we sat there on soft seats, leaning against each other. And during the ceremony, they unwrapped this bundle and there was a beautiful plant inside. In real life, it was a romanesco - from the broccoli family. In the dream, it was signifcant because of the fractals. 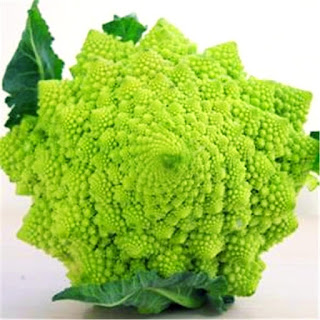 During the ceremony, my friend came over to check on me and make sure I was enjoying the spectacle - and I was.  And that I had understood what he had been telling me. And I had.

There was food, and singing and everyone knew me and was happy to see me. Another friend, who I never realized was so similar to the first stood up and gave a speech, and I thought - I know some really good people.  These two have never met in reality, but in my dream were good friends.

And then I woke up. And I tried to fall back asleep and get back to this place.

But the next dream was just me, missing this fictional place, and trying to remember details for later.

And then, I woke up and started my real day. Which was free of romanesco, ceremony and the overwhelming feeling of peace and belonging.

Dreams. They are weird.

I wish I could remember more of this one, though.