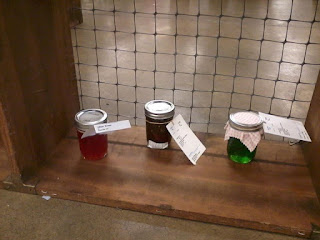 When I'm in a group of people, I always like to look for patterns of how we're alike and different.

I sit, in my office with a group of people who are all either 15-20 years younger, or 15 years older.  I fall right in the middle.

Which means, I am the only Gen Xer in the group.  That will change soon, I think - the trainer moving here from Chattanooga may be my age and fall into Gen X territory.  And of course, most of our senior management is Gen X - I'm the one true "slacker", it would appear.

But for now, the Boomer and I are surrounded by Millennials.

My parents, surprisingly, are/were not Boomers.  They were/are The Silent Generation (or Traditionalists).  I remember sitting in a keynote presentation at a conference once about Generations in the Workplace) and I asked if there had been studies about the difference between Xers raised by Boomers versus Traditionalist.  The speaker agreed that there were likely differences, but wasn't specifically aware of any studies done about it.

Much like any personality test, or profile of a large group, it's interesting in a general sense, but not an iron-clad universal truth.  But I will say, the differences are there.  I'm not 23, and I can't even imagine what that would be like in this day and age.

Much like the people I work with can't possibly imagine having grown up in the 70s and 80s would have been like.
I'm not going anywhere with this, really - It's just something I think about from time to time.

This time of year makes me introspective and a little too much in my head.  I need action, not contemplation.  But the weather and dark make me want to eat canned ravioli and go to bed early.

This weekend is going to be jam-packed with errands.  I need to get things ready for Thanksgiving, and start thinking about Christmas.  As much as I've chastised the gen pop for jumping the gun on Christmas, I looked at the calendar last night and had a small panic about the next five weeks.

The good news is, I can get things to California for my family there quicker than when they were living in Japan.  That said, my nephew, at age 11, is getting to the "hard to shop for" age where basically, it's gift cards.

I hate giving gift cards.  I don't mind receiving them.  I just enjoy the process and creativity of coming up with good ideas, then executing.  I like the idea of knowing what someone would want.  Gift cards feel like an admission of defeat.

I need to make pepper jelly, I guess.  My heart isn't really in it this year, but the people who receive it really do enjoy it - and now that I can make one batch and it's plenty, it's not exactly a hardship or heavy labor.  Just, you know - the usual. 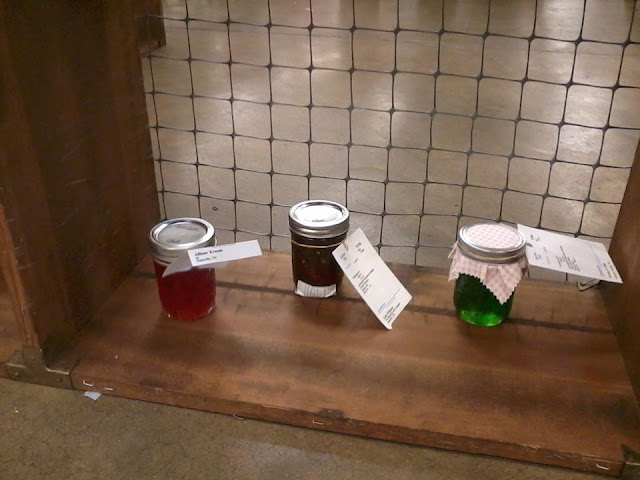 I sent a pointedly worded email to my doc's office the other day.  Basically, I had some tests that came back bad, and they left me a voicemail expressing dire concerns and asking me to come re-test.  I did.  Then radio silence.  I went to check the results online and I am completely fine.  My problem is - if you're going to scare me with bad results, you have to reassure me when they come back the second time OK.  And if that's not how you do things there, maybe reconsider.  I was not amused.

While I appreciate that they want to streamline the process of communication by using the Patient Portal, I actually appreciate the human touch in healthcare.  And if you'll recall from earlier, I'm a Gen Xer raised by the Silent Generation.  So while I'm adept at technology, I was raised to appreciate social skills and professionalism.  Just saying, y'all.  Just. Saying.

Honestly, given some of my recent dissatisfaction with my healthcare, and the fact that everyone is now inconveniently located well south of both my places of business and residence, it might be time to look elsewhere.  It's just that I'm roughly a decade into several of my docs, and that's a lot of documentation.  Starting over feels exhausting.

At the moment, it all seems exhausting.  Again, the weather, the dark... this time of year.  It kind of wears me down.

But, let's stay positive.  I found a dressing recipe that I kind of want to make.  Maybe not for Thanksgiving, but generally.  It has chorizo, spices and pecans.  I could actually do without the chorizo - the meatless version sounds just as appealing.

There's not anything keeping me from breaking with tradition.  The Traditionalist in my life who cared most about Thanksgiving is now a truly silent member of the Silent Generation.

Probably worth noting that the level that was "off" in my bloodwork was potassium.  Hyperkalemia (the medical term) can be an early indicator of kidney disease.  My father was hyperkalemic.  So you can see where that would have been, to use a Millennial concept, "triggering".  My glucose was a little high in test one, but perfect in test two - that one was less triggering and mostly just irritating.

Anyway.  That's kind of where I am.  I do have some ideas for how to pull myself out of the funk.