on October 06, 2019
There's a feature on Slate.com I've been reading for as long as I can remember:  Dear Prudence.  It started, I believe, with one of the daughters of either Dear Ann or Dear Abby.  They were sisters, so you know - what - I'm going to just look it up.

Ok - it ran for three months penned by a guy named Howard Stein.  Then Ann Landers' daughter Margo took over.  Then, it went to Emily Yoffe for nine years and now Daniel Mallory Ortberg writes it.

Emily was by far my favorite Prudence, because she had the whole "are you fucking kidding me" tone down.  She was not always right, and when she botched it, she owned it.  But I thought of Emily as a sensible friend who I'd enjoy grabbing lunch with.

Daniel Mallory isn't the worst, he's just not Emily.  And before he was Daniel, he was Mallory and transitioned, leaving people like me, who are curious as hell like, huh?  I don't care, it would just have been nice for there to be some kind of nod to it other than a change in byline and taking down Mallory's picture and replacing it with Daniel's.  Which, I guess is a nod.  Whatever.

Whatever. If that makes me intolerant, I own it -  I just like some closure.

Anyway, in the column that ran Saturday, a guy wrote in a letter asking how to get his kid to get over something, because his patience was wearing thin.

The something is that he moved his family across the country, and to appease his three kids, he promised each of them a pet.  The two younger ones got theirs immediately, a puppy and a kitten.  Their oldest, a thirteen-year-old (in the letter referred to as Ellie), wanted a rescue dog, and her parents asked her to wait a few months until they settled from the move.   She said that she felt concerned that if she waited, they wouldn't get her the dog.  They assured her that she would definitely get her dog, and GUESS WHAT?  They aren't going to get her the dog.  They tried to retcon the siblings' puppy and kitten as "family" pets and that went over about like you'd expect with all three kids.  His wife is suffering from exhaustion and depression, and this has driven a wedge between Ellie and her Mom who had previously been close.  He's over it with his daughter.

Well, Daniel kind of let him off easy.  Said he should have been honest with her instead of trying to re-purpose the other pets, and that he needs to be honest with her about her mother's condition. Basically, she'll get over the move and they should celebrate her in some non-dog way.

Well, the comments section went apeshit on the letter-writer.  And I include myself.  The basic premise was, you fucked your kid over at an age where her trust in you was the most important thing, and prepare to suffer.

My heart hurts for this kid.  I hope she finds something in her life to anchor to, because her mother and father have failed her.  Several times.  They uprooted her, they lied to her, they betrayed her, and now, he's probably going to throw some guilt about her poor, overwrought mother into the mix.

My heart hurts because she saw it coming.   The fact that she basically said, "Y'all aren't going to fuck me over, right?"  and they said, "Oh, noooooo!" and then they did - that speaks volumes.

When you do that to someone, it's not something they forget, like being forbidden from going to a party, or having to eat their lima beans.

This one does real, lasting damage.

Sorry Dad - she gets to hold this grudge forever, because it's forever going to be the time that "my parents put the needs of everyone else in the household over mine, swearing they wouldn't, then doing it anyway".

We've all been hurt by people we love and trust.  We've been made to feel less important, or like our needs aren't as critical as everyone else, and so on.

This situation grieves me.  I think about this girl, and what she's going through.  I think, if only she had a dog of her own to hug, and cry into its fur and tell him what horrible people she's stuck with at the moment.  But she doesn't even have that because she behaved like the adult and her parents are weak and foolish.

I have been thinking about this kid for 24 hours now.

Kid, if you're out there - reach out to me, or anyone  I  know it may seem dire, but you will be OK. You will get your dog some day, and you will, I hope, find therapy and make yourself whole without the help of your family.  They don't deserve you.  I'm serious - you're aces, Ellie.

I hope you will heal, and I hope your father realizes what a huge, huge mistake he has made.  I hope he suffers more than you. I hope your mother realizes that when you fuck your kid over, it doesn't matter how tired or depressed you are - you still did a wrong thing, and you get what you get.  Too bad!  That's what happens when you're a grown up.

Hang in there, Ellie.  I hope you know that a bunch of strangers on the internet are sending you the best juju we can muster.  I hope that does something to fill the dog-shaped hole in your heart. 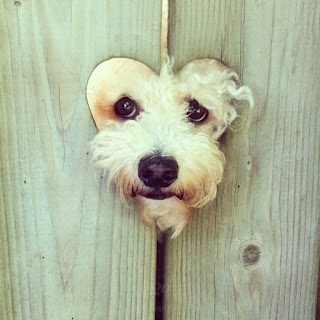 Christopher said…
I wonder what lesson the father is passing on to the younger siblings. Aside from giving them what they want he's telling his oldest daughter "get over it" when the lesson he should have learned a long time ago is that when he betrays someone, regardless of the circumstances, it's not up to him when or even if they choose to forgive.
What kind of advice columnist doesn't know that?
October 9, 2019 at 9:23 AM