on August 14, 2019
I finished another binge recently - television, to be clear - I am on a recent healthy-eating regimen, and where that's concerned, the only thing I'm binging on is celery.

But we watched the first season of Mindhunter, it preparation for season two, which is released on Friday.

Now, I said last night that it "drops" on Friday, and I was chided by my husband for using millennial vernacular.  Just because I work with younger people and you had a bad day doesn't mean you get to rain on my parade, but it's a small price to pay for my sanity.

Anyway - it's about two fictional detectives and a fictional clinical psychologist who start interviewing non-fictional serial killers about their lives to try to develop a profile of what they have in common.

It stars Jonathan Groff, and if you can forget his roles on Glee and in Hamilton, he's really good.  His colleague, played by Holt McCallany is even better.  He's the controlled one, Groff is chaotic.  Their clinical psych is a highly regimented vague Clarice Starling knock-off.  She's good, but a little one-note.  She's a lesbian - a fact that gets mentioned about three episodes in, and then not again for the remainder of the first season.  Granted, it's roughly 1978, so it's not something everyone would be out in the open about - but it's like they throw that fact in to give her some texture in place of personality traits.  She's a decent actress (Anna Torv) and she's doing the best she can with limited writing.

It's the guys playing the killers though, they're the stars of it.  And once you hear them talk, you think,  well - what's to stop most of us, any of us from snapping and going on a spree?

I heard part of a TED talk on NPR while I was driving the other day, and a clinical psychologist was talking about the necessity of learning how to play as a child.  They looked a the profile of killers, and realized that a common trait among of all of them is that they didn't play as children.  Play teaches empathy among other necessary social skills.

It's a total "plate of shrimp" moment - I haven't sought out information on serial killers, but now that I have, that information is coming up everywhere.

If you're not familiar with the "plate of shrimp" - it's a passage from the movie Repo Man:

"Give you an example, show you what I mean: suppose you're thinkin' about a plate of shrimp. Suddenly someone'll say, like, "plate," or "shrimp," or "plate of shrimp" out of the blue, no explanation. No point in lookin' for one, either. It's all part of a cosmic unconsciousness."

Anyway, it's me and a bunch of psycho killers, qu'est-ce que c'est.

I used to worry that I was a sociopath, but then I rationalized that if I were actually a sociopath, then I wouldn't really care whether I was one or not.

I also realized that I have way too many emotions to be a sociopath.  I think.

As I mentioned, this eating healthy thing.  I started tracking my intake, limiting junk food, etc.  So far, so good, but I do get the occasional really unhealthy craving.  And one that has been coming up over and over is ice cream.  There are two places in downtown Nashville that make these sort of epic creations.


The first is Legendairy - they do extreme milkshakes that are roughly the size of a football: 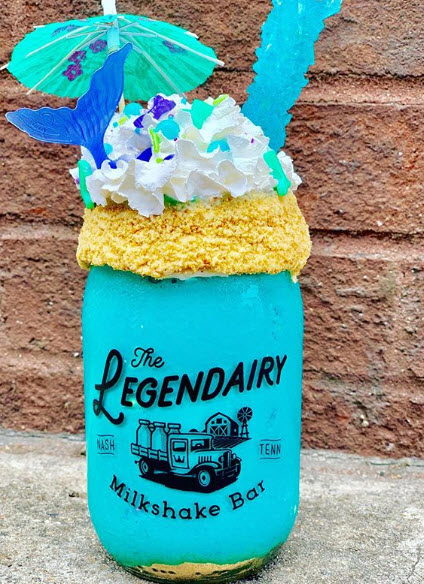 I don't typically eat turquoise food, but I'd make an exception.

The other is Cosmic Creamery.  They make soft serve that is "infused" with your favorite cereal.  Basically - they load ice cream and cereal into this contraption, apply pressure, then serve it through a dispenser nozzle in said contraption.

Then they gild that lily: 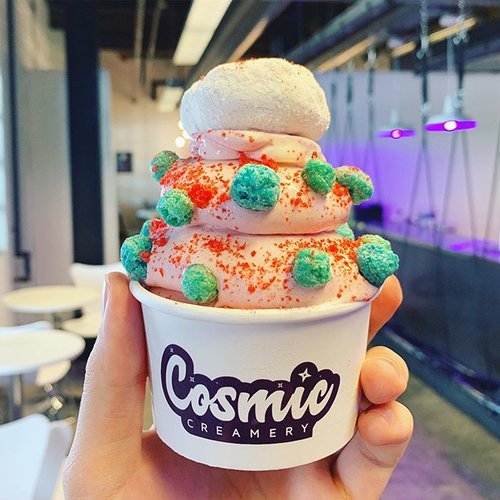 
Hmm.  OK, well -  I'll probably just have an orange.  But eventually, that is happening.

If I withhold sweets for too long, I'll go crazy.

Christopher said…
I want one of those Legendairy milkshakes but I feel like I shouldn't eat for a week before or after having one. And it sounds like I should check out Mindhunter although, argh, there is so much to watch.
August 16, 2019 at 8:44 AM