on February 27, 2019
My mother has recently begun what is known in the literary circle as "Swedish Death Cleaning".  This is a thing - more extreme than KonMari, even.

It's great, but it results in her giving me things that I honestly don't want or need.  On my most recent trip down, I got a stack of photos Matt took for her for a reunion.  We don't need them.  We do NOT need them.

The funnier one, to me anyway, was my baptismal certificate.  I was baptized as a Presbyterian in seventh grade as a part of confirmation.  Those kids in our class who were lifers had been sprinkled and saved as babies - but I was later to the party, so I had to get baptized, along with my sister.

I remember, even then, age 13 thinking, "Well, as long as I can sing in the choir and go to Youth Group, I guess I can put up with this Jesus stuff."  Literally, that's exactly what I thought.  And so I got baptized.  I was wearing a little jacket/skirt ensemble made of teal gingham.  Oh, for a photo!  Anyway, I received a bible from my Church, another one from my grandmother (it was white, presumably for my wedding?), and from my father and mother - a gold cross that I wore exactly zero times.  It is around somewhere, I'm sure.  But I never wore it.  Honestly, I joined the Presbyterians for the wrong reasons, and it wasn't much later when I left the church, and thereby organized religion behind forever.

I bring this up for a few reasons - one, because I'm not exactly sure how one rids herself of a baptismal certificate.  I think having now documented in image and writing, I can toss it.  Should I shred it?  Is someone going around and stealing the salvation of former-Presbyterian-now-Atheist women?  Because I'll gladly sell you my sister's certificate - she's in a similar boat, methinks.

Anyway, this ties into my next, quasi-related point.

Many of my classmates and High School friends were members of the other two churches on the same street.  Three of the big ones were all located on Mimosa Boulevard - along with my Elementary School.

Across the street was Roswell First Baptist, and just down from that was Roswell United Methodist.  I'd say those were the two major denominations.  I also had a ton of Catholic friends who went to St. Thomas Aquinas.

My school's choir director worked at the Methodist Church with their choir as well.  A good 15 years after I graduated, that man came out.  He was married with two kids.

He left our school and went full time at a Baptist Church in the next town.  He met and married a partner, then got run out of that church because he took his spouse to a private party and they felt he was flaunting his gayness.  Another church hired him within days.  They stated to the media that they felt God had love for everyone...

So, anyway - now the Methodist Church has come down with an edict that they will not perform same-sex marriages and that they will not accept gay clergy.  Which is sad.  And a little surprising.  But mostly sad.  I have seen a number of posts on social media today from friends in that denomination.  And I am not talking about casual C&E folks.  I'm talking people who are active, vibrant, engaged members.  Vacation Bible School, Wednesday Night Programs, Sunday School, Mission work - the whole big enchilada.  And they are dismayed and hurting.  But the convention decreed... so.  Now what happens?  A split?  Split happens, as they say.  Ask the Missouri and Wisconsin Synods of the Lutheran Church.  My BFF growing up was a MS Lutheran.  I went to VBS with her once and I remember embarrassing myself by messing up on a song.  I was supposed to sing when the Spirit said sing, but I was a verse ahead of myself, so everyone else sang, I shouted when the Spirit said shout.  Only the Spirit didn't say shout.  I was maybe 9 or 10, but I still remember it.  Aaaaawkward.

Anyway - I suspect that more liberal Methodists are going to want their representation somehow, and I can't say that I blame them.  I think it's sad for anyone when they are disappointed by something that is such an integral part of their moral foundation.

Here is the Allison Credo:

People who can find love and commit to that love are should be applauded and supported.  Love is love is love.  That's just how it is.  Life is hard enough, and we should love as much and as many people as we can.  Regardless of color, size, shape, orientation, origin.  People just need to love and be loved.

And I think whatever emerges from the rubble of this division will be a step forward for a great many of people.  And I do think something new will emerge that will surprise us all.  That's what I hope for though.

And I hope that's what a lot of other folks hope too.

To all my LGBTQI+BBQLOLOMG friends, know that I am your friend and ally. 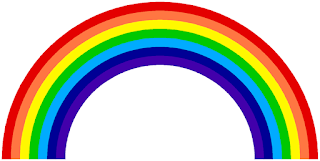 Christopher said…
Since churches are often communities, since they bring together people who often find they have more in common than just a particular credo, it's sad to see people feel they have to leave, especially in a case like this where the Methodist church is moving backward. It's sad that LGBTQI people, once again, find themselves being rejected, and a split is likely, and perhaps that's not surprising--Protestants are obsessed with sects.