on February 04, 2019
So, this was a weekend of learning.  Mostly, I learned that the keto peanut butter cookies I made from the recipe I found on the interwebs are not great.   They were marginally sweet, and had the texture of sawdust.  But you know, live and learn.

We did not watch the Super Bowl, which is not uncommon for us.  We don't watch the Emmys or Oscars, either - and I haven't seen a single episode of:


And so on.  As far as movies go, I saw one movie that's up for any Oscars this year.  The Incredibles 2 - which, actually counts for two - Bao, the animated short that preceded the movie, is also up for an award.  Now, I'm not surprised that The Spy Who Dumped me didn't get any nods - but nothing for Eighth Grade?  I call bullshit, and I call it loudly.  I mean, what the actual f***?

What I'm saying is, as a family unit, we don't watch a lot of contests/awards, etc. - unless it's hockey, in which case, bring it.

Now, that said, we're coming up on one of my favorite traditions of all time, and that's The Westminster Kennel Club Dog Show.

I am not a purebred enthusiast.  Granted, I love all kinds of dogs, and I've considered adopting a purebred on a few occasions, but on the whole, give me a mutt.  And not a designer mutt, either.  Chiweenies, Labradoodles, Goldendoodles, Schnoodles, Cocka-Poos, Shih-Poos, Puggles and Malti-Poos are not really mutts.  I mean they are, but they're intentional.

The Poos and Doodles need to settle the hell down.  Now, to be honest, I love the way that the little doodles look like fried chicken, but other than that... I drive through my neighborhood on a weekend, and I am guaranteed to see one of them, at least one. 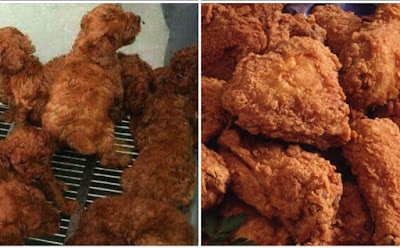 And there are all these little scruffenheimers waiting for a home at the Humane Association... like this little lady Leia.  Come on now, people! 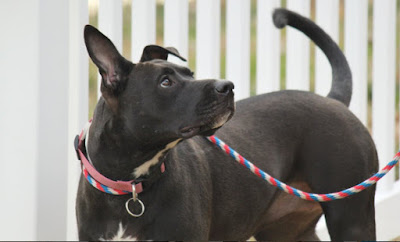 Anyway - I don't really desire a purebred anything. 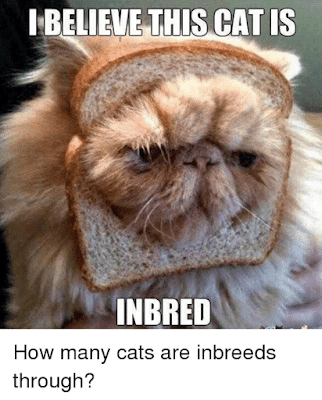 But, because I love animals in general, I like the chance of seeing cute animals, and I do find the variety of dogs fascinating.

As I get older, my attention span wanders, and I am not as glued to the show as I once was.  Once you have a dog of your own, watching others prance around on TV feels vaguely akin to p0rn.

And from an aesthetic standpoint, the Westminster dogs are all groomed and clipped in unnatural cuts, they are docked, and severe and over-programmed.  I mean, I love a shaggy terrier, and a natural doberman with floppy ears and long tail.

But I watch for the handlers as much as the animals.  I call it:

Cankles on Parade.  I don't know who mandated that these women should be wearing fugly tight suits with bad shoes and unflattering hosiery, but bless their hearts.

I honestly don't know if I'll get a chance to check in this year - Matt is going to have a crazy work schedule, and I have my own dog to handle.  She got into my aforementioned keto cookies yesterday, so at least someone enjoys the peanut butter sawdust nuggets.  And yes, I checked - nothing in them was toxic to her.   Anyway...

That's my February so far.  At work, the bulletin board is done, the newsletter for our Alabama business is done, and I have everything scheduled that needs to be scheduled...

Christopher said…
Even though I married into a purebred family (my wife had Dalmatians before I even met her) I'm not exclusively a lover of purebreds. I really love all dogs--and cats too.
What's fascinating, and also sad, is that many dog breeds were meant to serve a specific purpose and the breed standards have diverged from that. Bulldogs are one of the most obvious examples but people will even say that if you look at an Australian cattle dog in the show ring and an Australian cattle dog that actually works on a ranch you'd never guess they were the same breed.
Anyway the important thing is life is just better with dogs.
February 4, 2019 at 12:14 PM

Bill the Butcher said…
Chris says: "Bulldogs are one of the most obvious examples."

No they aren't. The British Bulldog is almost two centuries extinct. The current Bulldog is a designer breed meant from the outset as a companion dog, and looks nothing like the original bulldog, which was more like a pit bull.
February 5, 2019 at 6:55 AM

Christopher said…
I'm sorry I wasn't clear. That was my point: what the today is called the English Bulldog bears no resemblance to the original breed and would be useless at the "bull baiting" the earlier breed was used for.