on October 05, 2018
I don't think I talk often about politics, or anything too serious because, honestly, I'm not as well-versed on it as I'd like to be.  I tend to skim the news, and I used to joke that if it wasn't from The Onion or The Daily Show, I hadn't heard about it.  That was kind of true.

But I do read some, and I listen to NPR from time to time, and of course, at the moment, you can't help but be aware of what's going on here in the US.

For the record, I believe Dr. Ford.  She had nothing to gain from exposing herself and her story to the world at large, and while I'm sure some women do lie about these things, I have to think they're the exception.

Let me also state that I don't think ALL MEN are inherently evil rapey penises walking among us.  I know a lot of guys who are nothing but honorable.  I know women who have made unwelcome sexual advances on men (and women) who were in the wrong.

But this guy, Kavanaugh - it looks bad for him, at least as far as his past.  Oddly, his future is looking bright, which means for us liberal types, it looks grim.

I am well past the age of childbearing.  At least theoretically - and of course, thanks to Mirena, medically as well.  Let me just use this as a second to once again tout the excellence that is the IUD.  Anyway, because of this, overturning Roe v. Wade wouldn't affect me greatly.  The Obergefell ruling legalizing gay marriage doesn't affect me directly.  Indirectly, totally different story.  I am well embedded as an ally in the LGBTQIAOMGWTFBBQ community.  Sorry - Back in my day, there were fewer letters.  It was a simpler time.  Anyway.  Obergefell was major.  Like, I remember where I was kind of thing.  I was at an airport on the west coast.  I had just checked in and I read it on my phone, and I sat down and cried.  It was a good day.

I mean, what's to stop them from overturning Brown v. Board of Education?  Or Miranda v. Arizona.  Or any of the other cases I vaguely recall...Gideon v. Wainright.

I didn't study law.  A ton of my classmates ended up in law school and now they're all kind of a big deal.  Bless their hearts.  I wonder how they feel.  The one who went into the Peace Corps and then law school - I bet he's horrified.  Some of the others - the ones sending their kids to private schools and making partner - I don't know.

So, OK - clearly, I'm not a fan of Kavanaugh, and of course, I have called my senators.   But now what?

Here's what I can tell you.  90% of the women I know have a story about some sexual assault (verbal or physical) they were exposed to.  Mine is minor.  So minor.

At age 14, I was at a church camp, and I was walking...somewhere.  I think to get ice cream.  I'm almost certain it was ice cream. 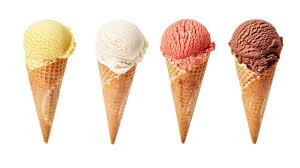 A little back story.  I was leveling out of Middle School youth group, and this was my entrance into High School youth group.  I was a BFD in the Middle School group.  But this transition was a disaster.  I tried very hard to "belong" and my desperation did not suit me.   Now, I also think there were plenty of asshats there who were just not nice people, and a lot of bystanders who didn't know how to intervene or didn't care.  But the two girls my age I had come with both kind of paired off and turned on me.  The boys were all highly dismissive of me - they would stay up late at night talking - and I was allowed to listen only, and the older girls kind of ignored me.  I tried to befriend a few people from other churches, but that fell flat, too.  I had one sort of pal in my "small group" - she was kind of broken as well.  I remember her telling me she considered Bette Midler, whom she had never met, a friend.  And I remember thinking that was sad, but that I was not doing a whole lot better myself, so who was I to judge?  The adults who came with our church group were kind of too cool for school and didn't seem to be interested in my angst.  I remember telling one of the women that we'd all feel better if she ate an ice cream cone.  She was crazy skinny.   So yeah, I was batting a thousand.

I tell you all of this because I want you to understand, where I was emotionally.  I felt small, I felt self-loathing, and for a place where I should have been welcomed and accepted with no questions asked, I felt completely alone.  I, who had been vibrant and confident, was diminished.

And so, one night, I'm walking to get ice cream, alone.  Because even back then, I knew how to self- medicate.  And this guy, maybe a year or two older comes up and starts chatting with me.  I can't recall now if I knew him from small group, or some activity we had done prior.  But we were walking and talking, and we were far away from other people when he leaned over and whispered urgently in my ear, "I'd like to fuck your brains out."

I remember telling him I had to go, and I hauled ass out of there. I got away physically unscathed.

The last day or two of camp, I had a massive meltdown, about everything, really.  The final straw was that the girls who had ganged up on me dumped ice water on me one night as I was sleeping.  I woke up furious and started screaming at them - and then just in general, and then I broke down sobbing.  I mentioned to one of the leaders what the kid had said to me, and how I didn't think that's how Christians should act.  I think he just ignored it as just another part of my unstable rant.

I remember one really nice guy - the older brother of a girl I had known for years hugging me after my very public meltdown and suggesting that I not "try so hard".  Uh, ok.  Thanks.

I don't remember if my sister heard about the brainfucker or not.  If she did, we never discussed it.  She was there.  Understandably, she wanted to distance herself from the Hot Mess Express that was me - so I don't think she knew about much of what was going on with me.  And there was really nothing she could have done.

What I did, reactionary that I am, is I quit church.  This was fine with my mother who was going only because we expressed interest.  I wasn't singing in the choir any more, and so, I just slipped away.  Truth be told, I was an atheist even then, and I kind of knew it.  I remember thinking during my confirmation classes that I was willing to put up with all this "Jesus Stuff" if it meant singing in the choir.   With no more choir to keep me, I walked away from it.

Did I ever discuss what had happened with my parents?  I don't remember. I doubt it.

I honestly blanked on a lot of it.  I can tell you he was walking on my right side, and it was dusk.  And that he didn't try anything else for the remainder of camp.  So, yes, there are holes in my story.  No witnesses, no physical evidence, and some very sketchy memories.

And whether you believe me or not doesn't matter.  I know it happened, and there's not a seat on the Supreme Court banking on it.  Aside from which, the incident is only creepy based on my age and the locale.  I've had far more vulgar things said to me over the years, but getting propositioned
by a rando at church camp seemed...unacceptable.

So, as you can see - I got off easy.  But every woman I know has her version.  Most of their stories are far worse than mine.

Like Dr. Ford, I had nothing to gain my sharing my story with you.  I love how they keep talking about the damage done to Kavanaugh - she's been damaged now twice.  Once at a party when she was 15, and now, as a grown woman, trying to speak her truth.

So, all of that to say - the thoughts going through my head aren't all silly or vapid.  But I use those thoughts to counterbalance the ones I'm sharing now.

And that's what I have for now.