One of These Things...

on October 02, 2018
Happy October, people!  It's my most favorite month of the year, because at the end of it, I get a birthday and a great holiday right after.

Now, growing up, I used to get irritated that all of the flowers in October were of the orange/rust/yellow chrysanthemum variety.  Granted, this was in the 70s and 80s, and I didn't have access on a consistent basis to the "good stuff".  Now, there are all kinds of pretty flowers in fall shades, and the fall tones can be tempered with some purples, greens... whatever you want, really.

Now, to be clear, I like pumpkins.  In moderation.  I think they make a lovely fall decoration, and my mother makes a great curried pumpkin soup that is completely savory.  Heavy cream, curry powder, onion - the recipe calls for mushrooms, but fuck a bunch of mushrooms, is my opinion.  I leave 'em out.   I've had other pumpkin soups that were crazy thick and overly sweet, and that is nasty.  It's like baby food soup.  No me gusta.  I'm kind of neutral on pumpkin pie.  I mean, I get that it's traditional to modern day Thanksgiving, but if we're being honest, I'd rather eat a pecan or chess pie.  And in my ideal Thanksgiving world, I'd swap all of that out for brownies and coffee ice cream - which I maintain the pilgrims would have loved.

Generally speaking, I don't care for vegetables being made to taste like dessert.  Zucchini bread is OK.  Carrot cake is actually pretty freaking tasty, and sweet potato casserole, made with a praline or marshmallow topping can be delightful.  But we would never turn a turnip into a flavor of coffee creamer.  Radish flavored Cheerios aren't going to happen.  And maybe in Japan they'd do a Kale Kit Kat (because they love to do freaky shit with Kit Kats in Japan), but otherwise, that sounds nasty.

So, it kind of bugs me that my birth month has turned into a squash-laden nightmare.

But, wait!  There is another faction that rules the month of October!   If something hasn't undergone the pumpkining, it'll undergo... 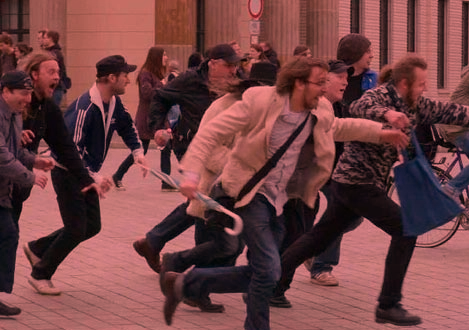 October is Breast Cancer Awareness Month.  The icon for this cause is the pink ribbon, and in the past twenty years or so, October has become very, very, very PINK.

Which makes sense.  When you think about breast cancer, naturally, you also think about: 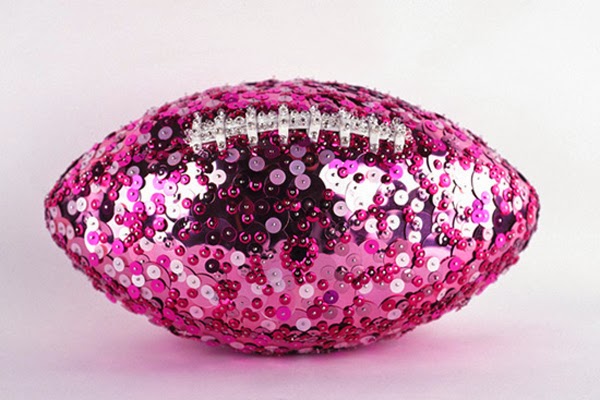 So now my month, to paraphrase Steel Magnolias, has been sprayed down with Pepto-Bismol.

And let me state, for the record - I have a handful of friends who have been affected by breast cancer.  Either they had it, or lost a family member from it, or in the case of my sorority sister Suzanne, lost her mother from it, then lost her own life from it.

I get it - breast cancer is awful, and it affects tons of women (and a handful of men) annually.  We need to work to eradicate it.  But read up on the pinkening - it's not all sunshine and lollipops.  That said, I kind of love the pink ribbon ham pizza.  I appreciate clever.

Anyway, as a result, you can find all kinds of pink things in October, or all kinds of pumpkin things.  I just want something plain - no pink, no pumpkin, no precious harvest themed flowers with springs of wheat, arranged in a mason jar of candy corn.

I would also love it if my birthstone were not opal, but that, mes amis, is a rant for another day.

I will say that the October flower is Marigold/Calendula - it's meaning is warm and fierce, exemplifying elegance and devotion.  And that is so me!  I had marigolds in my wedding flowers.  I like their kind of weird herbal/earthy smell.

According to the interwebs, the bird for the birth month of October is the swan:

Let me tell you something.  Swans may be pretty, but they are mean as shit.  I got bitten by a swan when I was ten or so, and it hurt like a motherf***er.  The damn thing attacked me.  Unprovoked!  I was at my grandfather's gravesite with my grandmother, and this bird comes up out of the pond and bites me on the fat meat of my upper arm.  It did not break the skin, but it bruised, and it hurt, and they have been on my shit list ever since.  Give me a duck any day.

Finally, I am a Scorpio - which is kind of surprising given my neuroses, but there you are. In Chinese astrology, I am year of the Tiger.  Which, you know - I have nothing.  I don't think of myself as either feline or venomous, but there you have it.  Also, weirdly, although scorpions are desert-dwellers, Scorpio is a water sign?  Whatever.

You'll notice I am not cracking down on Halloween.  I love the holiday, and it's timely.  Now, if people start horning in on my month with Thanksgiving, or heaven forbid, Christmas... game on!

Happy October - however you choose to celebrate it, or not.

Christopher said…
October--it's the most wonderful time of the year. Although I'm with you on the all things pumpkin, and one of the wisest things I've ever heard is, "The worst pumpkin pie you've ever had isn't that different from the best pumpkin pie you've ever had."
Opals, on the other hand, are complex, multi-faceted, and cover the entire spectrum--the perfect stone for Scorpios, really.
Swans, on the other hand...let's just say that I've never known a Scorpio to attack without being provoked but provoking a Scorpio is a really bad idea.
October 3, 2018 at 1:04 PM