on September 05, 2018
I'm going to go ahead and warn you in advance that this is likely to be one of those all over the place kind of posts. Much like every other post on this blog.

I have been thinking a lot about the phrase "on the spectrum". It is used to denote those people with autism-like symptoms. And I think it does a disservice. In fact, in person-first language it has fallen out of favor. I'm not sure why. I'll explain why I don't like it, but that's just me.

So, in theory, everyone falls somewhere on the Spectrum. It's unlikely that there are that many people at 100, and unlikely that most people are at 0. We all fall somewhere on the spectrum, and well it's nice to think that we are all perfectly neurotypical, the fact is, most of us are not. At least not in every way.  It's easy to understand 0 or 100, but what does 6, or 34, or 73 actually mean?

While I am an incredibly social person, I find that I have trouble interpreting social cues. I tend to overthink what people have said versus what they mean. One of the many benefits of having good friends is that you can ask them to help you interpret.  When I was in high school, I was at a competition with some classmates, and two of us started talking to this guy from a school in the town where my mother grew up.  My classmate made some comment about needing to meet someone elsewhere at the competition, so I said goodbye to our new friend Danny and left with my classmate. We got out of earshot, and he said, "Allison, I was leaving so you could talk with him.  He was flirting with you."  Yeah, I had no clue.  I did end up going out on a double date with him, his friend and a girl from my school.  He was cute, nice.  She ended up being kind of a snot to the other guy and we never saw them again.  Oh well.

I wonder, based on that, how many other things I have missed, or missed out on - important things - more important that redheaded boys from Jonesboro, GA.  It's a shame that they don't offer a Cliff Notes of your day. I would totally buy that. It would let me know if the person who was abrupt with me was busy, in a hurry, pissed off at me, or whatever... I spend way too much time wondering these things.
But I would rather be introspective than take everything literally. Because there is just so much nuance. And honestly, that's one of the big problems with social media. When things are in writing, there's no middle of the spectrum, there's no tone. And things can get misconstrued very easily. It doesn't help that occasionally I can't hear things. I remember once in high school working on a group project (same group from the previous anecdote, actually). One of my classmates said that we needed to focus on the matter at hand. He was Australian, so his accent made me think what he said was we need to focus on the matter of the hands. And I spent several minutes insistently asking what hands he was talking about. I finally realized what he meant about 20 minutes after I had made the gaffe. And at that point, what was I going to do other than let it go. Though I'm pretty sure people either thought I was an idiot, or I was holding on to a stupid joke for way too long. Now keep in mind, this happened like 30 years ago. But of course, I still think about it. In part, because I am still friends with the Australian guy.  In part because my hearing is garbage.

I realize I'm being fairly over-general here but I've had several written conversations recently about  things that were either fairly important or not especially important (and by that I mean important or not to me, because, my blog, my agenda, dammit). But I look at these conversations, and I wonder if I'm interpreting them the same way as the other people involved. Or if their perception is not the same as mine, what are they thinking?  Time will tell.


And am I using the right emojis?  And where would I learn to use them the right way?  Am I too old to emoji?   And is my slang outdated?  Are we still on fleek?  Off the chain?  Amazeballs.

The rules keep changing.   Here's what I will tell you.  When I am learning a language, or even phrases for a language - the important words are things like "help", "thank you", "excuse me",  and "asparagus time".  Well, mainly the first three.

Because sometimes, excuse me, you need to ask for help, and thank people for giving it to you. And then, it's time to break out the asparagus. 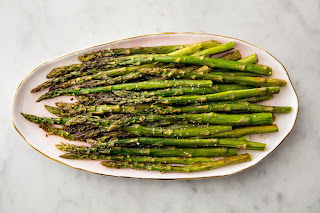 Spargelzeit.  That's the phrase that pays.

Christopher said…
My godson has Asperger's so I have a bit of familiarity with this. And the term "spectrum" has been overused but it is, in psychological parlance, a very specific term for a limited range of conditions that fall under the umbrella of autism, and, yes, I realize that's mixing metaphors. Anyway it's not just his difficulty in recognizing spoken sarcasm (which can be unintentionally funny when he says something he means sincerely in a sarcastic voice) but his brain interprets sensory input so that, among other things, he feels like he's walking on a trampoline all the time.
I'm not saying you're not on the autism spectrum, but it's kind of like the difference between moodiness and clinical depression.
And please pass the asparagus.
September 6, 2018 at 9:24 AM

ae said…
I don't consider myself on the austism spectrum, but I have some behaviors/feelings that allow me to empathize with those who are.

I know how frustrated I am when I occasionally misread things, I can imagine that as life.

I am working to understand a variety of physical and neurological conditions with my new job. I definitely appreciate the subtlety, even if I can't always explain it.
September 6, 2018 at 9:59 AM