on September 30, 2018
Hard to believe that today is the last day of September.  To quote CeeLo Green, "Ain't that some shit?"

It was definitely Summer weather today, though once the sun goes down a bit, it tempers things a little.  Still it doesn't quite feel like fall, y'all.

I ran into a woman in Mobile that I know from our cabin in the North Georgia Mountains.  Her family has a cabin there as well. She and her husband own the caterer from which we ordered lunch for the training classes. I was delighted to see her.  It's always fun to catch people in their own element.  It gives you perspective.

We ate some great dinners.  We ate some weird ones.  I think my favorite meal was our final night in Mobile.  I had a stuffed pork chop with fingerling potatoes and broccolini.  It's kind of a shame that broccoli is the more prevalent than its cousin - the 'lini is tender and a little more pungent, which I like.  I also ate some Brussels sprouts that had been pan seared or roasted or something.  I could easily become a vegetarian - but dairy!  And I know - dairy is just as cruel as meat - maybe more so.  I have to not think about it.

I have basically decided I don't like to drink.  I mean, I had a cocktail at dinner one night that was pear vodka and ginger beer - and it was delightful.  But I also had a shot of tequila at the bar that made me feel like hot buttered death.  So... the rest of the trip was iced tea, water, club soda, and one festive evening, a Shirley Temple.  I think that may be my new regime.

The real new regime is that I need to get back on a serious diet, and I need to do that yesterday.  I loved every minute of my debauchery in Alabama - I drank SWEET TEA and it was heavenly.  I ate a brownie one night that had a ganache-y frosting that was seriously insane. 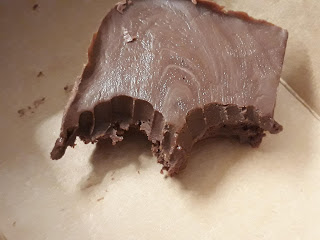 I ate a cookie every time it was offered with lunch, which was every lunch.  My favorite were the M&M cookies. The Doubletree cookies didn't suck, either.  I ate fried shrimp.  A twice baked potato.  Carbs, carbs and more carbs. So, now it's time to get back to lean meat, grilled vegetables.  Less salt, less butter and heavy cream.  Walk away from the sugar and get my shit in gear.

I feel like I say that every few months, but never make any lasting commitment or forward progress.  Now is the time.  In 27 days, I will turn 44.  It won't get any easier.  To quote Kevin Spacey's Lester Burnham in American Beauty, "I want to look good naked."

I refuse to hate that movie because of what became of Spacey - it is still a great damn movie.  Period.

Anyway - tomorrow I go back to the office for the first time in two weeks.  I'm hoping to have a good productive day, record some training material.  Haircut on Tuesday.  I need to look at some photos.  Mostly it's just some de-bulking - the length and shape are good.

OK.  Time to get a few more things done.