on August 23, 2018
Once upon a time, I sang Alto II for the Chansons - the Roswell High School women's choral group.  My freshman year, we got the sheet music for a song that struck fear and dread into my heart.

It was a spiritual written in eight parts - Soprano 1, 2, 3, 4 and Alto 1, 2, 3, 4.  It was called "Ain't-a That Good News".  It was hard to learn, it was fast as heck, and here we were, a bunch of middle class white girls trying to sound soulful.  One day, our choral director made us sing in groups of eight, and I was so anxious, I botched it. Which sucked.  But ultimately, we learned it, we got good at it and we performed it. 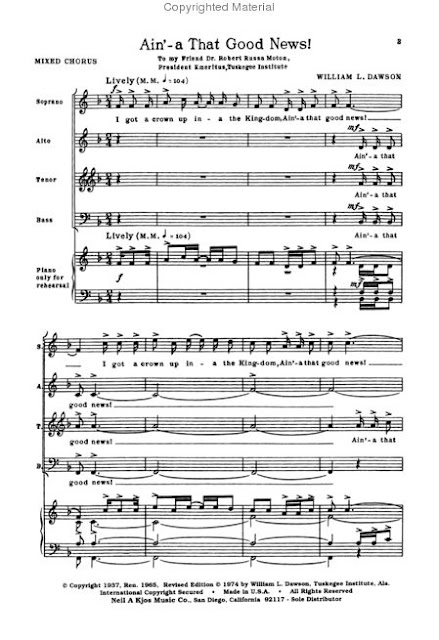 Then, in college, I sang Alto II for the University of Georgia Women's Glee Club (a group which I believe is self-explanatory).  And, things being as they are, that same sheet music got handed out again.  Thankfully, my memory was good enough, and I was assigned the same part, so I just had to polish it up a little.

I heard some good news today.  A friend who has been working through some medical issues got test results back that indicate vast, vast improvement!  YAAAY!

That said, things have been a little exhausting this week.   A lot of people I know have had a spate of bad news - small things, bigger things - they are sad, or angry, or frustrated.

I also heard from an old customer I hadn't talked to in...almost a year, I think... he and his family are all fine.

It's been a week about communicating.

And pushing through, and being patient, and making good decisions.