Sorry for the radio silence.  I have been writing my fingers to the bone for work the past week, and it's been fun, but it has also been exhausting (and draining).   We're waiting on corrections to come back so we can revise, and I believe that the late Tom Petty correctly identified that as being the hardest part. 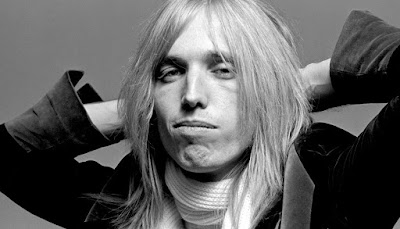 Truthfully, this round of edits will be minor - it's not until later that we start digging into the massive re-writes.  I'm really excited with a lot of it - some of it - well, I'm not sure I hit the target.  But I'm also not sure what the target was, so...

I am on day three of sugar detox.  That is to say, I am not eating sweets.  I will still eat fruit.  I had some curried noodles at lunch yesterday, so carbs aren't completely off the menu.  Thank goodness. What I'm avoiding is candy, cookies, cake, ice cream, etc.  You know - the vast majority of my diet for the past 43 years.

It hasn't been terrible, honestly.  I am sure I'll be jonesing for chocolate pretty soon here - in fact, Monday and Tuesday were both so stressful, I really questioned my sanity and timing.  But bananas and the occasional prune are a fair trade-off, and I know that in the short-term, I'll feel better - and in the longer term, I'll feel a lot better.

One of my friends is dealing with some health issues - and it's been encouraging to see his strength, courage and resolve in making changes.  So, that's going to anchor me, I hope.

Piper turned up with a limp last night.  We don't know when or how it happened, but when I got up and let her out this morning, she was good to go.  I am relieved.  Back in the day, Lola would get gimpy from time to time, and it would always work itself out - but you forget that in the heat of the moment.

Because I had an extra-early morning (5AM wake up), I ended up sleeping on the futon in the front room last night, and given that, I slept surprisingly well.  Piper came to stay with me in there until I fell asleep, then left to get in the real bed - no fool.  There's something about the heat and pressure of a dog leaning against your legs as you fall asleep that is downright therapeutic.

But also because I slept in the front room, I didn't use my apnea machine, which meant that I was mouth-breathing all night.  As a result, I have a solid sore throat, at least on one side.  Sinuses.  Gotta love them.

Thankfully, we have a pretty low-key weekend coming up.  I need rest.  I really, really need rest.

And I need to divest the house of some dog hair.  I swear she sheds enough to make a second, equally furry dog.  Oh well - that's the price you pay for love.

In addition to all the dog hair awaiting me tonight are two pineapples.  And some salmon.  Maybe some quinoa.  Although I know how to say quinoa, I think of it as kwin OH uh whenever I write it.  Yes, I know - it's KEEN wah.  I didn't know that at first.  I dated a super crunchy guy in the late 90s who ate quinoa before it was cool.  Millet, too.  He was a jerk to me.

Oh - that reminds me.  We saw The Spy Who Dumped Me over the weekend, and I thought it was quite enjoyable.  There was a scene in it where Kate McKinnon's character is telling Mila Kunis' character about the night Mila met her boyfriend from Kate's perspective.  And the boyfriend was kind of mean and dismissive of Kate, and it hurt her feelings.   That's kind of how Quinoa Man was to me - but instead of my best friend dating him and me having to suck that up, I was dating him, and I had to suck it up.  Until I decided it was time to walk away from that relationship - and I use that term lightly.

I ran the gauntlet of jerks.  But that happens, and you move on.