on July 01, 2018
It's a shame how quickly weekends fly by, isn't it?  Not that I've been especially productive with this one.  I mean, yes, I donated blood, cycled through five loads of laundry, changed the sheets, went to the Farmers Market, bought groceries, went to Kohls, had lunch at Jim's and quickly hit up Wal-Mart - but that is just treading water, honestly.  It doesn't get me ahead, so much as not put me behind.

Last night, we watched Bridge of the River Kwai.  I've seen it before, but it's a great movie - especially when you realize it was shot in 1957.  No CGI, no digital anything.  Real explosives.  Real heat and discomfort.  Alec Guinness.  William Holden.  Sri Lanka when it was still Ceylon.

I remember reading in the big Saturday Night Live tell-all that came out probably 15 or 20 years back.  Tim Kazurkinsky was quoted as saying that as a litmus test for hosts, they would pitch the William Holden Drinking Helmet* - and if the host thought it was funny, great.  If not, he would think to himself,  "Aw-oh, we're dicked."

If you haven't read that book (Andrew Miller and Tom Shales), I highly recommend it - especially if you enjoyed SNL at some point in your life.  I honestly think I came of age with some of the best casts.  Of course, my boyfriend, Dan Aykroyd's era was the best.  And I wanted to be Gilda Radner.  Truth be told, I don't have the physical comedy of a Gilda.  I'm more of a Jane Curtain.

I remember, speaking of TV, that Dad would watch Soap and laugh his ass off.  I've watched it and done the same.  Comedy is a uniter.  Soap is funny even now - granted, there are some cringey things that we have evolved out of, but I love those shows that stand the test of time.  Cheers holds up.  But many plots would have been dead in the water in current day because of internet and cell phones.   Frasier, though it's a little more contemporary, holds up nicely.  I loved that show.

Now there's too much to keep up with.  I haven't seen the new Hannah Gadsby special, Nanette.  I haven't seen a single episode of The Handmaiden's Tale.  I know, I know... I never did Downton Abbey, and that is a point of major contention with my friends, who all love it.

But if it's between Netflix and napping, sleep is always going to win.  Aside from which, we would need a second TV.  We have fairly different needs as far as entertainment goes.

I don't have any major plans for July 4th.  I'm kind of fine with that.  I used to want to always have something cool planned, but as it turns out, grilling out and eating watermelon on your deck are more than sufficient.

I'm sure we'll see a few bottle rockets and roman candles, sparklers - that kind of thing.  But as far as going downtown?  Hard pass.  And though I'm a little nostalgic for running the Peachtree, I think I am far too old, out of shape, and heat intolerant for that nonsense.

I'm not saying holidays don't matter.  They do.  It's just that I really value comfort, and the heat is too much for a delicate little marigold such as me. 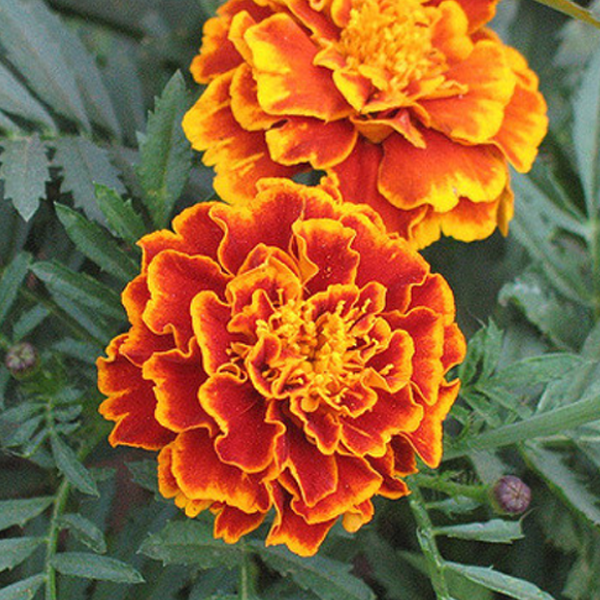 The irony, of course, is that marigolds are quite heat tolerant and rugged.  I chose them for wedding flowers for that very reason.  See also, zinnias.

And with that, it's time to put a button on the weekend and wind it down.


*William Holden died after he got intoxicated, fell and hit his head, and he bled to death.  Which is not funny, but the idea of a drinking helmet is.  Tim would have liked having me as a host.

Christopher said…
This is strange: on Saturday I was doing dishes and listening to the song from "Dragnet", the one where Aykroyd and Hanks rap. I was having flashbacks to when the video was on heavy rotation on MTV, during one of the happiest weekends of my life, when I was staying in a hotel and could invite total strangers in and we could all laugh and enjoy how Aykroyd and Hanks, separately both brilliant, made each other exponentially awesome.
And as amazing as Gilda was I don't think Jane Curtain gets nearly as much credit as she deserves. Playing it straight in the face of Aykroyd's "Jane, you ignorant slut" can't have been easy.
July 2, 2018 at 2:30 PM