on July 03, 2018
So, the summer before eighth grade, I babysat two kids during the work-week.  I didn't love it, but it was work.  It was my second summer of babysitting.   I saved up all my money and at the end of it, I bought myself a Smith-Corona electric typewriter.  I wasn't a great typist.  It would be a few more years before I took any touch-typing classes, and even now, I touch type reasonably well, and with decent accuracy - I'm just not super-fast.

I started by typing sentences.  Long, weird, character infused sentences.  I would write about people's butlers who were slowly poisoning their masters, and, honestly - they were kind of like the captions of Far Side cartoons without the drawings.  They weren't especially interesting to anyone but me.  I think it might be a decent exercise to replicate, because it made me imagine hundreds of scenarios, then concisely describe them.

I actually do something similar today. I buy a calendar at the beginning of each year - something in the $2 bin at WalMart.  Kittens, Puppies, this year, it's beaches.  And each month, I write a caption for the picture and affix it. 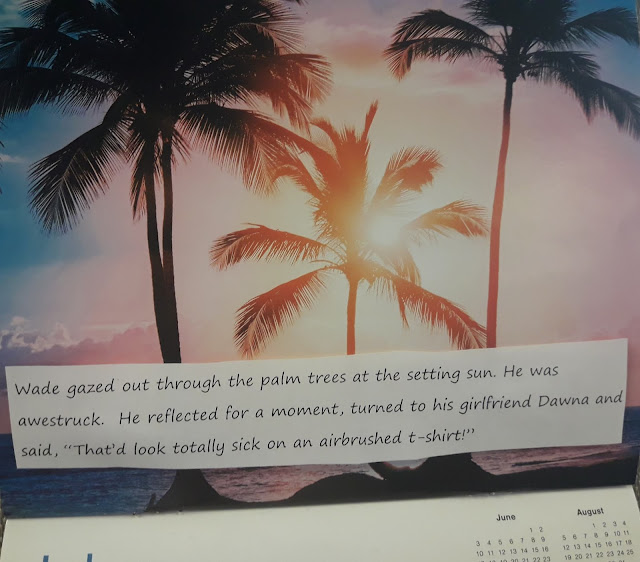 The other thing I do at the office on a monthly basis is I change out the bulletin board.  This month is devoted to Infused Water Recipes.  I couldn't think of a better plan, and two people have mentioned they enjoy it, so I'm rolling with it. 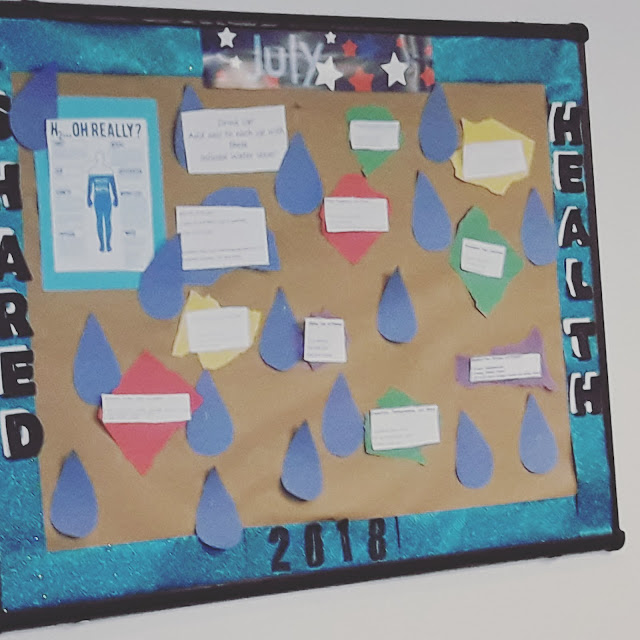 So, tomorrow is July 4th - we'll be celebrating with some friends who will set off their own small pyrotechnic display.  I'm going to take corn, in some form - probably salad.

In this month's Southern Living, there was a whole article about fruit based desserts.  Crumbles and cobblers. Crisps and Buckles.  Slumps and Fools.  And I thought to myself, "Sure, but what about a pandowdy?"  And I flipped to the next page, and there the pandowdy recipe was.

They are all versions of fruit + dough/batter - I like them all.  I prefer a sweeter crust rather than something more biscuit-like - but I enjoy them all.  And I love the names.  Doesn't a blueberry fool sound wonderful?  A strawberry buckle?

It's weird that I even know all of these.  I also know way too much about croquembouche.  I impressed the hell out of a professional baker once by correctly naming it in a picture.  In high school, I knew the answer in French class to a trivia question about apple brandy - It's Calvados.  My teacher was either stunned or impressed.  My classmates probably thought I was a geek.  They weren't wrong.  What seventeen year old knows about Calvados?  The one whose father gave her a sugar cube dipped in it to taste - and it was marvelous.

Anyway - I have some blackberries in the freezer, and I am itching to slump/buckle/fool them and serve with vanilla ice cream.  Because that is how I roll.  We'll see.

I think the theme here is that I like to build and make and create.  I like to write.  I enjoy the creative process.  I even enjoy the tight constraints of a well worded Facebook post.

So maybe I'll take time tomorrow to create.  To pursue happiness (along with my life and liberty).

Maybe I'll do both.