As I was leaving the office this afternoon, I texted a friend saying I wanted popsicles for dinner.  I have little appetite when it gets this hot.  Plus, it was $6 burger day at Cheddar's so I went to lunch with some folks from the office.  So I was hoping for a smallish, lighter dinner.

I stopped and picked up cold cuts, cheese, rye bread, some kind of gross store-made slaw and of course...popsicles.  Perfect dinner with leftovers for whenever.

I got two packages today - the first was a swimsuit from Lands' End.  It fits, it looks fine.  I'll settle for fine, honestly. It was 50%, so I got a well made suit for $27.  Free two-day shipping.  You can't beat that with a stick.  And if we're being honest, the one time I will definitely wear it this Summer is the annual canoe trip.  So, it's not going to fall apart, it has cross straps in the back, so it'll stay on, and it's a fun royal blue with aqua trim.  It's cute.

The second package was unexpected - from FTD.  It was flowers from my sister.  I helped her the past few weeks prep for a job interview.  I also listened while she dissected them in post-game.  She got the job.  She's been out of the active market for a decade.  In that time, she has done a little freelance, a bit of pro-bono and volunteer work, but her official title was "Mombudsman".   She came up with that, not me.  And yes, that's work, so don't get huffy with me.  I'm talking about a salaried, career adjacent positions outside the home.

Results not typical - OBVIOUSLY.  But she works/worked in a fairly small, specific niche, and she's apparently damn good at it.  So, when they leave Cleveland in a few weeks, and head to California, she has a job waiting for her.

And for my effort in assisting that, I got flowers.  Pretty ones. 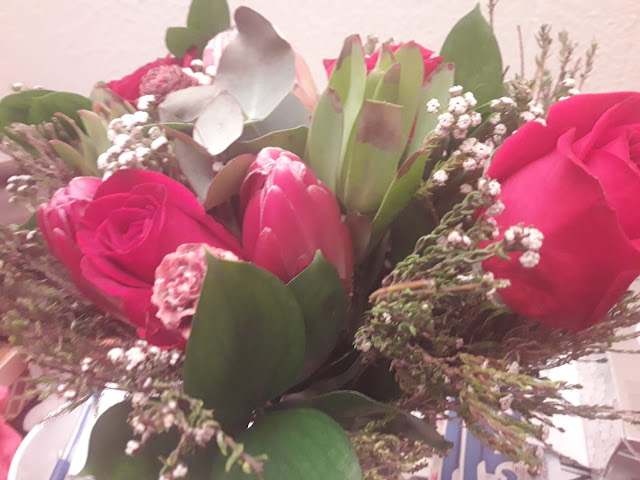 So, pretty solid day, all in all.

Ok, here's my latest obsession.  I was reading a listicle on WokeBuzzDodo.com about 17 Things On Amazon For Grown Women That Will Shatter Your Pelvis!  Or something like that.  I hate the word listicle, by they way, but it wasn't journalism - it was semi-compelling ad copy.   Anyway, most of it was crap, but one thing - well, I had to have it.

In fact, I bought a pack of six: 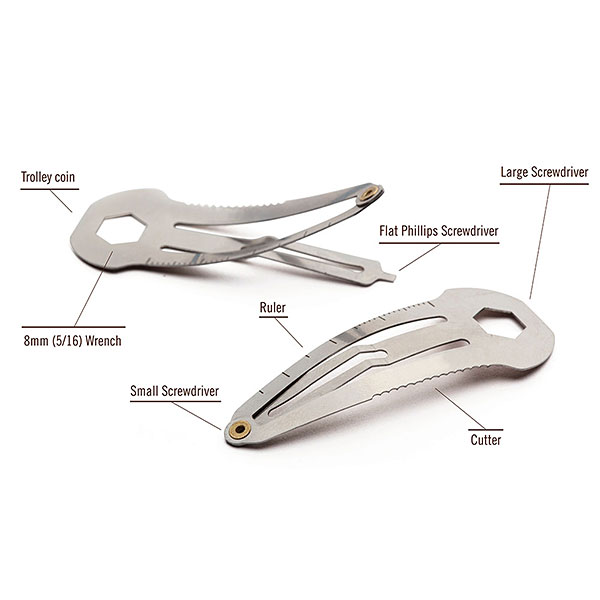 It is a barrette that functions as a multi-tool.  Serrated blade, ruler, screwdrivers, a hex wrench, but most of all - a slug that functions to release a cart from the rack at Aldi, should you be short a quarter.  This is a beautiful thing. As I said, I got six.  I feel like a middle-aged lady MacGyver.

It's just fun, and I liked it. So I bought it.  Vote with the old dollar, folks.

I opened one of the large jars of strawberry preserves the other day, and they really didn't set well.  I will be rebranding those primarily as strawberry dessert topping - for ice cream, cake... one of my friends and I joke that canning gone wrong gets redubbed "Failure Sauce".  So be it - it's great on pound cake.  And truth be told, if you don't mind a few drips, it works fine for PBJ.  Bummer, though.

I may try tomorrow to head over to the Red Cross and donate.  They have been all over me for the last few weeks, and the other day, I happened to answer the phone while I was at the grocery store, and it was them.  I kind got snarky with the woman trying to get me in to donate.  She started in with how I have special blood that is good for chemo patients and so on.  I need to let the deferment from a few weeks back go.  I suspect, having been medicinally compliant for a few weeks, if they can get my BP in one try, I'll be fine and dandy.  And if not, well...try, try again.

It should be an otherwise quiet weekend.  I want to go blow a few bucks at the Farmers Market, and of course, laundry, housework, and killing time on the back deck watching Piper stalk squirrels.

I'm also planning to see my friend Jim at some point, and I need to exfoliate.  It also wouldn't hurt to bathe the dog.

So you know, a quiet little weekend.