on May 01, 2018
The other day, I posted about if Fig Newtons were a school aged student.  Here's a long form of the same idea. 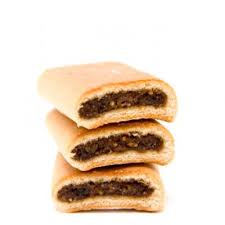 Mallomar – These kids are the cheerleaders and football players.  They are mostly style and no substance.  They’re fluff, and they have no real staying power.   Give it ten years -  you’ll wonder what was so great about them.

Oreo (Original) – These are your all-stars.  Smart, attractive, popular.  Your Mom wants you to be friends with Oreo so that it will rub off on you.  Oreos become doctors and CEOs and philanthropists.  You wish you could hate them, but they are too damn nice.


Oreos (Other flavors)  - There are all kinds of Oreos out there.  Some are better than others, these are the second tier smart kids.  Typically less charismatic than the original Oreo, maybe they are awkward looking, and/or lacking in social grace.  They’re not half bad, but not nobody loves them as much as the typical Oreo.  An acquired taste, if you will.  Beware the Double-Stuf.  Totally full of itself.
Hydrox – The Hydrox wishes it was an Oreo.  It tries way, way too hard.  Hydroxes are lower on the food chain than the flavored Oreos. Nobody is fooled by Hydrox.  Ginger Snaps spend a lot of time consoling these wannabes.


Chips Ahoy – Chips Ahoy and Oreos are fairly similar.  Chips Ahoy takes more risks.  Chips Ahoy tried to buy wine coolers with a fake ID at Spring Break, but talked its way out of getting arrested.  Chips Ahoy will swear when their parents are out of earshot.  Chips Ahoys are earlier adopters of sex and marijuana, but they are good students.   They can be really insecure, but they have a big personality to compensate.  They care less about grades, because Trig comes naturally to them.


Nutter Butter – Maybe not the smartest kids, but nice kids.   Friendly to everyone, athletic – baseball, tennis, golf, maybe a swimmer.  Would help you clean up when your house got trashed because of a party.  Nutter Butters are easygoing, and they will make good parents.  They typically have a job bagging groceries or as lifeguards.  If they were a dog, they’d be a Golden Retriever.

Lorna Doone, Nilla Wafers and Graham Crackers -    These are your general population.  Your average student.  They make up about 70% of the school population.  They all have things that make them special and different, but they will become the middle managers, PTA volunteers, Rodan and Field Reps and Bank Tellers of the world.  These folks are steady, stable and would pick you up when your car breaks down in the rain.  They have probably created a Vision Board unironically.  They won’t forget your birthday.  They keep places like Applebee's and Chili’s open.  They go on Spring Break, and something embarrassing happens to them there.

Pecan Sandies – These are the “good” boys and girls of the world.  They belong to FCA, enjoy Youth Group, wear promise rings, and pray for their friends who listen to heavy metal.  They want to teach the world to sing.

Fudge Grahams/Fudge Stripes  - These are your band nerds, chorus geeks and drama club weirdos.  They are essentially Lorna Doones and Graham Crackers with a little extra.  They are the kids who wear hats, and tye dye and velvet coats and like to harmonize You Are My Sunshine in the cafeteria.  They are not cool, but they don’t care.   They know that their quirky will set them free one day.

Ginger Snaps – Everyone trusts the Ginger Snaps.  These are the kids who have friends in all other groups.  Ginger Snap knows all the gossip, but spreads it responsibly.  Ginger Snap will always have an extra pen, or a tampon if you’re in a bind.  Ginger Snaps typically drive huge station wagons or mini-vans and are always giving people rides.   Ginger Snap can’t wait to go off to college to re-invent itself.  It's not going to happen.  Ginger Snap is what it is.

Fig Newtons – Fig Newtons are smart, but not as smart as Oreos.  They want to be as affable as Ginger Snaps, so they’ll let you copy off their quiz. But they’ll also remind the teacher to assign homework.  They don’t have the same personality of a Nutter Butter, but they are similarly wholesome.  They are closest to Graham Crackers, but they think that they are far better than their peers.  Fig Newtons will tell you they have no desire to be Oreos.  It's a lie.  They would sell their soul to be an Oreo.   They are typically linked symbiotically to Ginger Snaps – they need each other in a patient/therapist relationship.