What does this mean?  Several things.  This weekend, I'm taking the heavy comforter upstairs and we're into light quilt weather.  Pro-tip - if you share a bed with someone, it's not a bad idea for each of you to have your own bedding.  That way, you don't have to wake up at 2AM and try to ninja your way back into your fair share of coverage.  We have two quilts on our bed - one of each of us.  I tend to overheat, so I appreciate the ability to use as much or little as I require.


In addition to Summerizing the bed, I got into the closet and got aggressive.  I really, really needed to address my shoe situation.  I had (and probably still have) too many - and some that are ancient (old enough to buy a drink at the bar) and needed to go.  Like - they were so bad, I wouldn't even give them away.  It was time to toss them.

The bigger thing is moving the winter clothes to the attic, and conversely, bringing the summer clothes downstairs.   I love our house, but the storage situation is typical of a house its age.  Barbie didn't have all these accessories in the 1930s.  Hell, Barbie didn't even have Barbie in the 1930s.

So that was the primary objective for the today.  Tomorrow: getting healthy food into the house.  I need to deep clean the fridge, then fill it with decent fruits, vegetables and protein.  That's good fun.

The secondary objective has been leisure.  We did an Escape Room with some friends this evening (and beat it), and there's hockey to be watched in a big way.   The Preds won Thursday night.  Then again this afternoon.  Come on, Preds!

In support of my hockey team, I have purchased some t shirts for the playoff season.  The one I'm fondest of is this. 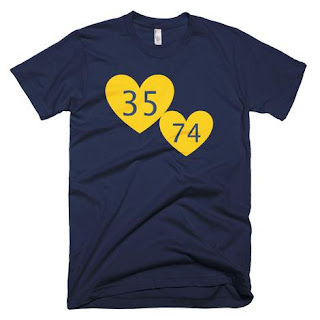 Pekka Rinne is our primary goalie.  He is #35, from Finland.  Juuse Saros is the backup goalie.  He is #74, from Finland.  When they called him up from the minors, he stayed with Pekka til he found his own place.  Juuse has played several shut out games, and the first one to come onto the ice and congratulate him is Pekka.  They are good guys.


In other e-commerce news - if you like unsweetened, flavored sparkling water, and I really, really do - I recommend this new brand called Bubly. 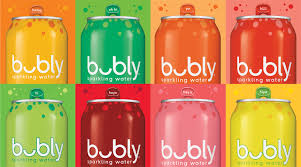 So far, I've had the cherry, grapefruit, and strawberry flavors - I like them all.  I found out that Amazon sells a sampler where you can try all the flavors, so I may be placing an order for that.
Oddly enough, it's a Pepsi product - so it's unlike me to go all-in - but damn, they are tasty.  I'm a sucker for fizzy water.  Even in 8th grade, when my girlfriends and I would go to dinner at Applebee's for a basket of chicken fingers and a side of gossip, I would always order club soda with lime.  Which made me weird.  Sophisticated, I guess.  But weird.


That's pretty much it from here for now.