on January 19, 2018
There's a situation I want to lay out for you, and get some advice, perspective, etc.  Asking for a friend myself.

I find myself irritated with three people, none of whom I see all that often, except on social media.  Instagram, LinkedIn.  One of them has a small physical possession I'm actively jealous and covetous of.  And I believe she received it in a less than scrupulous way.

One is a colleague from back in my Atlanta years and has been promoted to a position I wanted for years, and I think I would have been better years ago than the colleague is now.  And I am wondering what behind the scenes bargains were made for it to happen.  I wouldn't want that job, but I am jealous that he got it so easily. 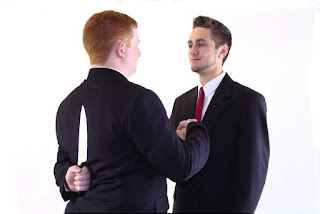 Finally, someone on Instagram, an acquaintance who keeps trying to "Make Fetch Happen".  If you don't know what I mean by that, go watch Mean Girls, stat.  In  lieu of that - in the movie, Lacey Chabert's character, Gretchen Weiner keeps trying to get people to adopt her slang phrase, "fetch" - meaning awesome, cool, etc.  One day, she uses it and Regina snaps at her to quit trying to make "fetch" happen.  That is was never going to happen.

And Gretchen's heart breaks.  It's a moment in the movie where the social dynamic begins to crack and shift, and it's glorious.Anyway, this gal has appointed herself taste-maker, but I think everything she's doing is kind of played out and derivative.  I'm jealous of all the time on her hands, the money, and the fact that she is persistent in making her life appear so charmed.  Maybe it is that charmed, I don't know.  I only know her marginally.

Anyway, I know that being jealous of these three people is a waste of my time.  I can buy my own nice things and I can enjoy both owning them and knowing that I earned them.  I can honestly state that every job I've had and didn't have prepared me for where I am now, and I have to say, where I am right now is better than where that other guy is, guaranteed.    And I can realize that Fetch probably has her own problems, and that the photos of her clean house with perfect furnishing, and healthy meals, structure, bedtimes and exercise are just pictures.  You can include what you want, crop out the rest.


I know these things academically, but it still sets my teeth on edge.

Does anyone have tips for letting go of anger/frustration/jealousy?   I know it's not healthy or productive.  I need to let it go, and I just wonder if anyone has some life-tested advice.