on August 12, 2017
Now, it isn’t every day that I do something decent. In fact, a lot of the time I’m kind of an asshole. In fact, the story I am about to tell you is a total humblebrag, which is an asshole move in and of itself. But it’s a good story, and I’m telling it

So.  Last night, Seat 21 D. Richmond to Atlanta. Sitting in 21 E is a younger woman who looks cool and punk, and badass. Black clothes, leopard print cardigan. Short, mod hair. Piercings, ink. In other words, my twin. I clock her at late 20s. I guess 28 and later learn I am spot on. She picked up my seatbelt for me as I was sitting down and handed it to me. We made some small talk, joke around a little and she says, “Oh, I like you.” I told her it was mutual. I found out she is headed to Sweden to surprise a childhood friend getting married. Then, I found out she is a burlesque dancer. I told her about the time I took a class. We talk burlesque for most of the trip. 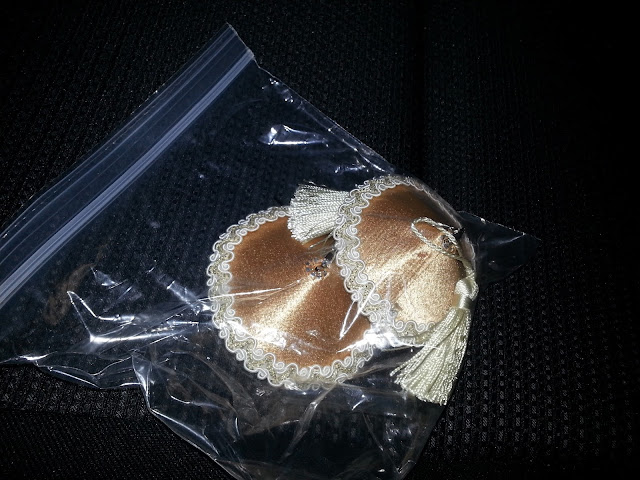 That's right, amigos.  Once upon a time, I learned to twirl some tassels.  I was freaking amazing.  I have a photo of me and the instructor in our tassels, but you don't get to see that.  It's for your own good.

My seatmate admitted that she was nervous about turbulence, so I kept talking to her to distract her. About twenty minutes before landing, we hit some rough especially rough air and she looked terrified. I asked her if she would like to take my hand and she said yes, please. So I held her hand til we landed.  She asked if I minded and I said not at all.  And I didn't.

We are all brave in different ways. She lives and dresses/undresses and moves fearlessly, but hates rough air. I can fly in any weather, but I’m terrified of possums, and I can’t dance, and I totally blew my diet all week. We both like good food, John Waters, pin-up clothes and A Clockwork Orange.

She’s headed to Sweden, I’m going home. We friended each other on Facebook, and we’re planning to meet up when we are both back in Richmond.

I don't usually start conversations on planes. But she was so engaging and nice, how could I not? In fact, we were so connected that I ended up leaving my Reader’s Digest in the seat pocket. I hope someone enjoys it. Because, even though I do love a good vocabulary quiz, what I ended up with was so much more.

I had a delightful flight, made a friend, and hopefully made a decent deposit in the First National Bank of Karma.