on April 08, 2017
This week kind of kicked my ass.  I had a few kick-off calls for some training that promises to kick my ass in the near future.

The first trip of the three is New Jersey.  It's pretty close to Cherry Hill/Philadelphia, and I intend to use that to my advantage.  A city of that size has good shopping, and I've read about Cherry Hill Mall. I'll be passing on Philly Cheesesteak, Tastykakes, and all the great things that part of the world has to offer.  I need to keep my eyes on the prize, as it were.

I haven't been on the road in awhile, and I think it'll be good - except that I have to train on billing, and I think we all know my comfort level with that particular topic.  No good deed goes unpunished.  About a year ago, I volunteered to try a billing class because I knew that nobody else was volunteering.  It then became standard to send me to the billing training, even though I had a gut ache the entire time I was there.

So, we're doing that.

I'm also a little concerned about eating on the road.

Today, I ate some decidedly non-diety foods, but I didn't go over my calories for the day.  Because, let's be completely honest.  The rest of my life isn't going to be free from pizza, hamburgers, eating out in general.  But I feel good about the choices I'm making.  So, yeah.

We did takeout from Pizza Perfect tonight.  It's a local place, right on the edge of the Vanderbilt campus. I like it because it reminds me of a pizza we used to get when I was a kid from a place near our house called Gigi's.  Gigi's was dark and exotic (by the standards of a four year old).  It had a water feature at the entrance, faux leather booths, and those red candles
that were fairly common in upscale restaurants in the late seventies, early eighties. 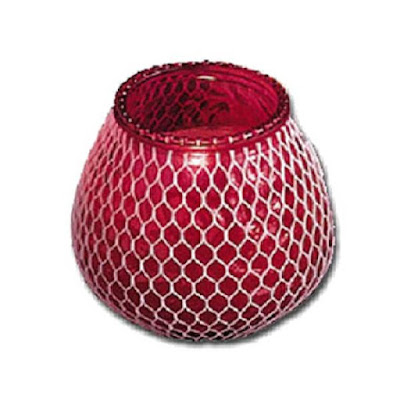 If you are of a certain age, then you know the kind of place I'm describing.  The other thing I can remember about this place is that it had basically what was a gumball machine that dispensed these:

Again, this may bring back memories.  All of that to say, though Pizza Perfect itself doesn't look anything like Gigi's did, the pizza tastes the same, which is to say, delicious.

I have made plans to meet a friend I haven't seen in about six months for lunch next week - that's always a good thing.  Especially because I'm feeling better.  I have to say, the cocktail of pharma my doc has me on works for me.

Tomorrow is groceries day.  In fact, I have made a huge dent in laundry, and I feel like I have that under control.  I also cleaned out the fridge to make way for whatever I get tomorrow.  And I'm planning on prepping some vegetables in advance to make things easy.

The thing is,  I'm OK with that.  I like that I'm more likely to get up early on Sunday to beat the crowd to Trader Joe's than I am to stay out late Saturday night at Play.

I'm good with it that I find clean sheets exciting, and I like to leaf through catalogs and the weekly Kroger ads.

I think it's admirable that sometimes, I'll go to Aldi, and Kroger and Trader Joe's to get all the stuff we need.  Neurotic, but admirable.

I like that in order to keep things running smoother, I have a new routine with laundry.  I pull it out of the dryer and put it on my bed so that I have to hang it and put it away before I can sleep.  It works.

I take joy in cooking dinner, and petting Piper, and talking to strangers on elevators.  I think it's important to be punctual and write thank you notes and get flu shots.

I always sing the anthem at sporting events and if we're playing a Canadian team, I sing theirs too.  I know it's smart to be nice to people who have the power to help you...or not.

I believe it's important to pay it forward.  I'm getting to do that now, and it's so much fun.  I try to be generous of spirit and of pocket.

I love meatloaf, and I know how to make biscuits.  But I also know that Mary's B's frozen biscuits are just as good and way easier.

I know how to set a pretty table, and I like using my grandmother's silver and my other grandmother's china and stuff we got for our wedding.

I'm not offended by crass comedians, or religious zealots.  I'm offended by people who are mean and unkind.

I know there's a special place in Hell for people who don't return their shopping carts to the rack when they're done.   I also don't believe in Hell - but I do believe what goes around comes around.

I think it's good to know a few words in a variety of languages.  Not just the swear words, either - but that's not bad, either.

I suspect that Disney is probably not the Happiest Place on Earth, but I appreciate people who do.

I wish that hats and gloves were still a necessary part of standard lady-type attire (even with our pants).  I think that  high heels are super cute, but I can't wear them.  Or I'd fall down a lot.

I have a rule that I don't buy clothes that I wouldn't sit on the floor of an airport in.  And I'm too proud to tell you I've done that many, many times.  I keep a pair of underwear in my computer bag because if I get stranded overnight without luggage, I can function wearing the same clothes the next day - but I want, nay, need clean underpants, dammit.

Speaking of underwear - I'll buy it in bulk from Wal-Mart - if I could get several bales of it thrown in the back of my truck, I'd do that. But - when it comes to bras, I will shell out the folding money. I just bought my annual allotment - and it set me back.  I don't give a damn - they're worth every penny.  Every now and then, I forget why I spend so much on them, I buy a cheap bra, and then I remember why.

If Clinique ever stops making Angel Red lipstick, I will be superfucked.  I've been wearing that color for several decades, and it's the only red that works for me.  Ok, it's true.  I don't wear makeup that often, but Clinique lipstick is the only brand that really works for me.  I also really like their eyeliner, but again - I can find replacements for Clinique's peridot eyeliner.  But Angel Red?  Come on.