In my family, we have all sorts of ailments you wouldn’t find on WebMD, and a vocabulary that goes with it.  To be clear, some of these already existed, some we created.  I’ll lay it out for you:

Puny – This is one we use a lot.  It just means generally unwell.  It could be fatigue, weakness, headache, body ache  - you’re just not 100% - this one applies to humans and animal.  We also apply it when the Preds waste a Power Play – we call it a Puny Play.  Puny is a Southern expression.  I’ve heard it on Andy Griffith, and there was a guy I used to work with who said it.  It’s a good one.

Stove Up – This is another very Southern condition.  It means stiff or sore.  Like if you’re working on painting the ceiling, you might wake up the next morning “all stove up”.

The Gut Ache – This is one that my paternal grandmother used to say a lot.  It covered a number of stomach conditions, but generally referred to stomach cramping, or an over-full feeling.

Bleargh – This one is Matt and mine – it’s a specific kind of puny – related to sinus issues where you’re congested, draining, with probable vague nausea.

Gassaritis – Once, my sister and I were at the store picking up something for indigestion, and we were approached by a stranger asking if we had ever had “gassaritis”.  We listened to her symptoms and it sounded like any of the basic things on that aisle would have helped.  I see it as stomach pain, plus some gas, possibly other elimination issues.

Take a Blow -  Rest, or catch your breath. My father once told my sister he needed to “take a blow” and she was concerned that he was indicating cocaine use. Take a breather, is what most of us would say.

Restless Butt Syndrome – This is another that my sister originated.  She had come to Nashville for a visit and she was in the kitchen kind of anxious and fidgety.  Matt probably coined the phrase.  It has stuck.  It basically is like ants in your pants.

Canine Entitlitus - We stole the second part from Mr. Show, but added the Canine back when Lola was old and sickly...

Funky Feet – Matt was wrongly accused of having this condition in First Grade.  I assume it’s a foot odor caused by… cooties?  Who knows?

Drunker Than 40 Bicycles – Extremely intoxicated. This one came from Mom and Dad – they had a friend who said it.  It doesn’t make sense, and that’s why it makes perfect sense.

Allergies/Headache/Cramps – The non-specific illnesses I would cite when trying to leave school Spring term of my senior year of High School.  All non-specific and impossible to disprove.   As long as I didn’t have anything important that afternoon, Mom would sign me out.

Hair Cancer – literally, it’s Pilomatrical Carcinoma.  Malignant, yes, but honestly a wimpy cancer.  They removed a bunch of my scalp, (roughly the size of a playing card, and down to the skull for much of that.) sewed what is called a “purse string” suture around the edge of the wound and pulled it tight – which still left an exposed wound roughly the size of an Oreo.  I spent the next four months packing that wound with Vaseline and gauze, and attempting to hide the greasy wad with hair and headbands that featured a huge flower or giant bow.  As cancers go, it’s merely inconvenient.  Thankfully, it’s gone and nothing has grown back.  I’ll confess, I rub my bald spot (totally concealed by hair) as an anxiety management technique.

Scaleybark and Runnymede – These are actually street names in Charlotte, NC.  Matt lived there briefly and we co-opted those to be a non-specific STD.  “I contracted her scaleybark and now I have runnymede”. 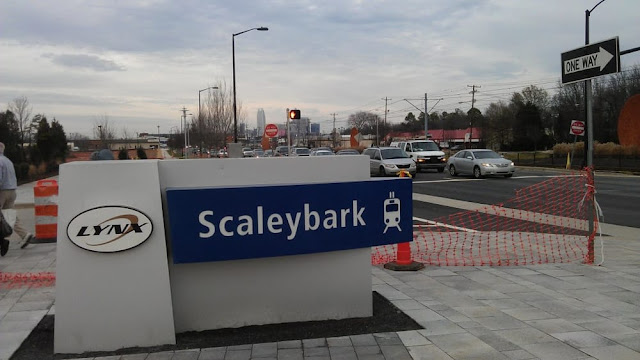 The Shakes – A condition caused by hunger (and probably low blood sugar) wherein the patient feels shaky from hunger.  This one is an oldie.  I think my paternal grandmother used it.

Urp – This one is from my maternal grandmother, and it’s a synonym for vomit – both the noun and verb.

Exhaustipated  - Too tired to give a shit.  I stole this from someone… or online.

Rectal Glaucoma – I can’t see my ass coming in to the office today.  That’s a joke, also found online.

Diarrhea – I have a colleague who swears by this as an iron-clad disease that will get you out of anything – no questions asked.

Are there illnesses your family created?  Let me know.

Christopher said…
While not technically an ailment my father will talk about being "flustrated", for when you're feeling both flustered and frustrated.
Also I'm sure there's a term for binge-watching "Mr. Show" so much you start thinking it would be a good idea to blow up the moon.
April 7, 2017 at 2:22 PM