on March 22, 2017
I have a mind that remembers some of the oddest details.   I've told stories about events that took place years, or even decades earlier with extreme detail.  I can remember what I ate at certain restaurants I went to in my 20s.  And teens, actually.

I can tell you what I wore on the first day of school from 5th -12th grade.

I remember names of minor characters in my life.  I remember specific conversations in great detail.   I can remember where conversations took place.  Like, if we were driving, I can picture the street we were on, and where. I can recall tunes and words to probably thousands of songs in a variety of languages - from the radio, choral groups, and so on.

I have long sections of movies and television shows memorized.  And I'm surprised when people don't pick up on a reference that I think is so obvious.  Doesn't everyone know the first four seasons of The Simpsons by heart?  And if so, why not?!

I have creeped people out with details that I remember.  I have banged my head against the wall because other people around me don't remember details that I committed to memory.

A recent example of this - a few weeks ago, my mother is telling me a story of sending her passport to be renewed. I said, "Wait - didn't you get a new passport for your Japan trip last year?"  And she swears up and down that she did no such thing.  And I'm thinking, "I have the damn paperwork somewhere on my laptop.  We had to go to Kinkos to print it, and it was a big old production."  But rather than fight it, I congratulate her on getting it taken care of.  A few weeks later, she regales me with the news that they have sent her an e mail letting her know she has a current passport, and that the one she sent them was renewed in December 2015 (a few months in advance of, yes, you guessed it, her trip to Japan).  She conveniently forgets that I basically told her the same thing weeks before.  And no, she doesn't have memory problems.  She just doesn't pay attention to things.  Trust me - the doctor told her there's nothing wrong with her.

Once, about six years ago, I called home, and my father said he was looking for one of our neighbors' phone numbers.  And I said, "Oh, it's..." and I rattled it off, even though I haven't called it since elementary school.  Maybe high school, but never beyond that. He asked me if that was right, and I said, "Call it and find out."  It was right.

I'm OK with dates - there's this game one of the radio stations plays on my commute home called "The Rewind".  They give you a list of things that happened and you have to come up with the year.  I do pretty well on that, until we get to the last ten years, and then that's all a blur.  I have this myopic view that last year was essentially 2010... but that was 7 years ago.

I am terrible with historical dates that I can't cross-reference with some personal event.  So, I can't tell you what happened during the Industrial Revolution, or even during the Cuban Missile Crisis.

That makes ancient history and anything that didn't happen in the United States nearly impossible.

I also can't do Algebra.   It eludes me.  So, science classes requiring math also mess me up.  I can't read maps well - I remember failing the whole unit on latitude and longitude in 4th grade.  I also remember struggling with graphing in high school because it was fairly similar in concept.

But I know how everyone I care about takes their coffee.  I know the foods my closest few love, hate and are indifferent to.

I know states and capitals, but I can't grasp books of the Bible (I know a few, mostly OT).  I have never memorized US Presidents.  I don't know the Periodic Table of Elements well.  I do know that the symbol for Tungsten is W, and that the Pb of Lead is plumbium -Latin.  Lead pipes, plumbing, plumbium. I used to spend Chemistry class spelling out names or words in elements.

Sometimes, it would be nice if I could remember things that were really important, and let go of some detritus.

Today, I cleaned the hell out of my desk - I got rid of tons of things, rearranged some other things.  I got a new headset today.  It's wireless.  Mine was looking pretty bad - frayed and on its last legs. 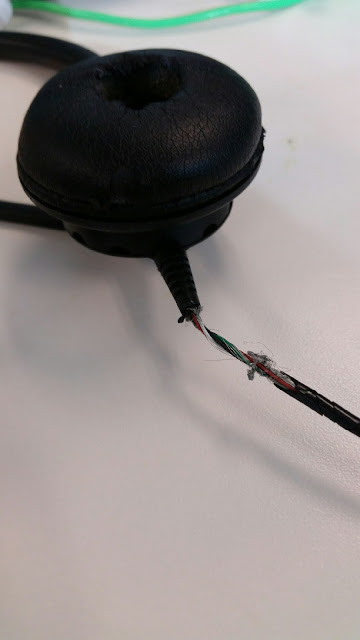 So, maybe it's time to let go of the worn out, forget some of the things that don't matter.  Pick up some new stuff.  I don't know.

I'm honestly pretty damn tired, so this may not even make all that much sense.