on March 17, 2017
Final update on the controversial Toastmaster posters. They got taken down.  One of the members of the club decided they weren't really appropriate.

Matt and I have been on something of a crossword puzzle kick recently.  It started over New Years when he was sick and needed something to do while he vegged on the couch.  So I brought him a book of them, and he worked through it.  Since then, he's ordered several from Amazon and we both work on them in the evenings.

I've been an enthusiast since college.  The Red and Black, our student paper, had a daily puzzle, and I did it every day.  I would pick up a paper before whatever my first class was, and I'd try to get it completed before lecture started.  I typically did.  It wasn't a hard puzzle, but it kept me busy.

I love doing the crossword in airplane magazines - they're usually decently challenging, but I can get them done.  Then I move on to the sudoku.  I'm better at crosswords.

Last fall, I started doing the daily puzzle in the online USA Today.  My goal with it is to finish fast.  I can get it done in under ten minutes without much effort.  Usually.  Today it took about eighteen minutes, but there were a few interruptions.

What I'm learning is that I tend to be a little better at them than Matt - in part because I've been doing them for ever, but there's something to be said for all the weird little trivia I know.   The fact that I studied French makes things a little easier, too.

There aren't a lot of things I'm definitively better at than him, so I kind of like that this is one of them.

One of the others things, and I understand that it's opinion only - but I think I'm a better cook.

Tonight, since it was St. Patrick's Day, we had corned beef and cabbage.   I found a nice brisket at Aldi last week - it was about 3 pounds, and that worked great for us.  So, last night, one hunk of meat, one bottle of Guinness, and ninety minutes in the pressure cooker.  I pulled it and put it in the fridge.

Tonight when I got home, I got the meat out, cut away the layer of fat, and put it back in the pressure cooker with a bunch of tiny little potatoes and a bag of carrots, a few onions.  Cooked all that for eight minutes and went to work on the cabbage.  That, I just steamed in water, then drained it, buttered it, salted and peppered it.

My father told me that with cabbage, if it's cold, season it with dill.  If it's hot, use caraway seeds.  This I believe came from Tresa, his grandmother who lived on the same street that I now live on.

The problem is, I was lacking both those.  We culled our herbs and spices when we re-did the kitchen, so I'm re-establishing our collection.  I wouldn't have had caraway  anyhow, but dill?  Inexcusable.  For what it's worth, I put dill on hot cabbage, and it's delicious.

All of this to say, we had a good dinner, very festive.  And since I'm watching what I eat, I can also tell you it wasn't entirely unhealthy.  At the moment, I'm having some berries, and then I'm done for the night.

The rest of the weekend will pretty much take care of itself. Piper has her annual vet visit at 8AM, then at 1PM, I'm heading over to an Escape Room where I will attempt to redeem myself from the last time.  We did NOT escape, though we blamed it on the two strangers who were playing with us.  This time, it's just us.  But, we've also done one, so we know what to look for, kind of.

I need to mail off my passport renewal (terrible picture - I'm almost considering a retake).  I need to get some groceries, do some laundry.

So, one little stroke of luck on this St. Patrick's Day.  I received an email from a friend and colleague that she had a massage appointment at that she couldn't keep, and would I like to take it?  It was at a school near our office - students logging hours, $30 - no tips allowed.  You know me - anything for a friend...

My masseuse was Hannah, and she worked hard on the everlasting gobstopper of a knot that lives under my right shoulder blade.  I can tell it's better than it was.  I could use someone working on it for an entire day - breaks for lunch and bathroom and all, but really, just an eight hour day - a team of people all trying to break up the knot.  I want that like I occasionally want a hot tub filled with lotion so I could hydrate my ashy alligator skin.

Actually, I think my luck might just be shifting.  I'm pretty sure Hannah unblocked my chakras.

I had a psychic reading once in Old Town Alexandria, Virginia. I was there for the weekend for my sister's bridal shower. The woman honed in on something very specific and extremely accurate without any prompt or clue from me as soon as I sat down and it was spooky.  I was 22, and a little afraid of her.  She went through the rest of the reading and told me that my chakras were blocked, and if I had more money, she could unblock them for me.  I offered her the remaining $5 I had on me.  She asked me if my life was worth so little.  Well, I was 22, I was making next to nothing, and I answered honestly, "At the moment, yes."

She did not unblock my chakras.  We called it a night, and the next day, we went to my sister's little luncheon, where I attempted to be charming but was probably quite awkward.  After the shower, we went to a really good mall in Tyson's Corner, where I found and purchased the dress I would wear to her rehearsal dinner.  Black silk with a floral print.  Faux wrap skirt. Then I went home.

I told someone that story some time later, and I was informed that you can unblock your own chakras by doing things like sweeping the floor in your home, taking a shower, having sex, stretching, meditating.

And, this would have been early, early internet, 1997 - so, I couldn't Google and get a video with step by step directions.  There was no spiritual Drano I could take.

I suspect my chakras remained blocked for awhile - this was about six months post college, and I was still the glorified waitress in a toxic relationship.  It happens.

I mention all this because earlier this week, I had a pretty important personal "breakthrough" and I was able to let go of some emotional baggage that was really weighing on me.  I had no idea how much until I let it go.  And now that I'm not holding this great big overstuffed toxic duffel bag, I have room to carry other things. 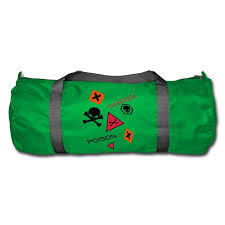 And the things I'm picking up are pretty good.